4 Top Facebook Advertising Trends And The Stats Behind Them

As Facebook’s user base keeps growing, the company has continued to pushed its advertising capabilities with new targeting options, creative formats, and mobile opportunities. Marin Software has put some numbers behind what is driving the top advertising trends on Facebook.

The reasons more advertisers are using News Feed ads, mobile targeting, automated ad rotation and Custom Audiences are because each has proven their worth across a number of metrics from click-through rates to conversion rates, according to Marin’s index of more than 100 Facebook advertisers.

News Feed CPCs were 67 percent lower and CPAs were down 64 percent compared to right-side ads. As a result, Marin recommends that advertisers allocate at least half of their Facebook budgets to News Feed ads.

While the large majority of campaigns are run on desktop and mobile, Marin’s data show more advertisers are managing mobile and desktop campaigns separately. The number of advertisers running mobile-only campaigns on Facebook increased 45 percent year-over-year in the third quarter of 2013. The reason is simple, performance differs substantially on mobile and desktop. Mobile-only News Feed ads were found to have 187 percent higher CTR and 22 percent lower CPCs than desktop ads.

More advertisers are getting savvier about the importance of testing ad creative and utilizing automated ad rotation. The number of advertisers using creative rotation strategies increasing 21 percent year-over-year in the third quarter of this year. Looking at advertiser performance, Marin found direct response campaigns set with ad rotation yielded 35 percent higher CTR and 34 percent lower cost per conversion than those not using automated rotation. Even more striking were the results from fan acquisition campaigns. Those with automated ad rotation saw 60 percent higher CTRs and 75 percent lower costs per fan than those without ad rotation.

The top ad rotation strategy among advertisers in Marin’s index is to use changes in CTR as a trigger for rotating creative, with 41 percent of advertisers using that technique. Just over a third (35 percent) use Intraday creative rotation, with many believing frequent creative rotation throughout the day is the most fail-safe way to maintain consistent impression volumes. This strategy does not take creative performance into account. 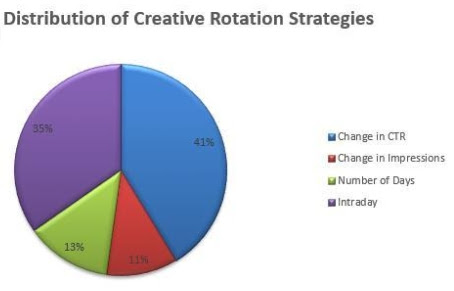 Custom audiences which launched this year allows advertisers to target ads based on user purchasing and browsing behavior with a combination of Facebook interest-data and first-party data. Marin sees Custom Audience targeting driving CPCs down by 14 percent and yielding 64 percent lower cost per conversion than category or interest based targeting alone. Conversion rates were 3.87 times higher than campaigns using demographic or category based targeting options. 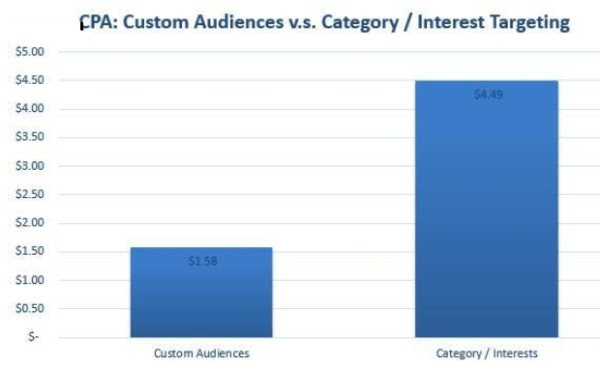 Another key area to watch will be the Promoted Video ads that Facebook is now testing.