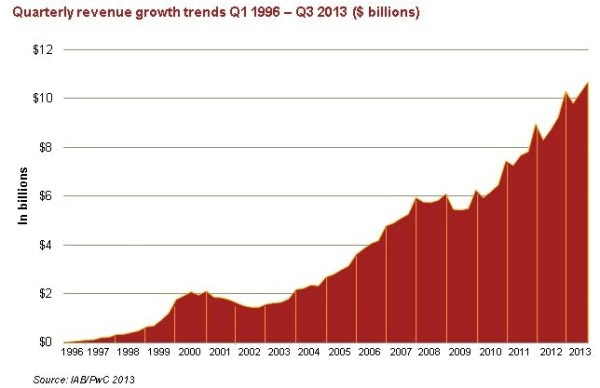 “Once again, interactive marketing is seeing remarkable gains,” said David Silverman, a partner at PricewaterhouseCoopers US, which conducts the research in partnership with the IAB. “Digital’s momentum is undeniable, as interactive advertising has proved itself to be an incredibly powerful channel for reaching consumers that are spending more time on digital screens than ever before.”

The fourth quarter of 2012 marked the first time digital ad spending in the U.S. passed the $10 billion mark.