What Email Marketers Are Saying About Gmail’s Image Serving Change 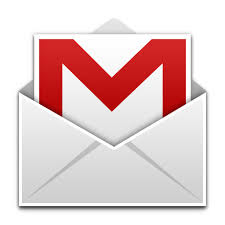 Google caused quite a stir Thursday with the news that it’s serving images in Gmail from its own servers, rather than from the sender’s servers.

As we reported yesterday, Gmail open rates should become more accurate because images are displayed by default. But other data will go away — the user’s location and user agent, for example.

The initial reaction was largely negative, but now that Google has clarified (a bit of) what is happening, some of the main players in the email marketing industry are taking a more measured view of the image caching change.

Here’s a look at some of the reaction we’ve seen since the image caching change was first noticed last week.

In a blog post, Responsys’ Kevin Senne writes that the impact on marketers will depend on how long Google chooses to cache the images:

Multiple opens of an email could record lower, but this depends on how long Google decides to cache the image. If the image is cached, the request will stay internally to Google instead of going back to the sender. This could result in somewhat lower total opens, but except for very rare instances, the unique opens are the important number.


Device and location tracking could be susceptible to some impact since Google now eliminates the original IP address field as they cache the original image. What this means is that as long as the image is cached, the location could show up as coming from the Google image servers in California and not the recipient location as intended. This behavior would go on as long as that image was cached.

In a blog post this morning, Return Path’s Melinda Plemel says it’s a trade-off for email marketers — better tracking of unique opens, but a loss of user agent information:


Despite the loss of certain information, the ability to accurately track unique opens will be of benefit to marketers.

Marketers should be aware that this will mean a jump in opens at Gmail in the short term. Over time, open rates should level off and proper benchmarks can be set.

We heard via email from Loren McDonald, VP of Industry Relations at Silverpop, who says it’s “generally positive” that unique opens will be more accurate at the expense of knowing if an email was opened more than once.

But he points out that the other loss of data could have an impact on location-based and other special email promotions:

The biggest concern is around email marketers who utilize services to serve up real-time content (images) that can be different on successive opens – so things like countdown timers, testing images that change once a winner is determined, etc. Additionally, location data will now show as being wherever the Google servers are that are hosting the cached images. Some marketers will serve up unique content to a recipient – say a special event or promotion at a store close to a recipient using the IP data.

We’ll give the final word to Movable Ink’s Michael Nutt, whose blog post on the change emphasizes that it impacts only a small percentage of Gmail users:

After analyzing our data since the changes were implemented late last week, 2% – 5% of the average enterprise B2C email marketer’s subscriber list is affected by Gmail’s changes, since they only affect recipients that open emails through the Gmail.com desktop client, the Android Gmail app, and the iOS Gmail app.


Not all Gmail users are impacted.

The changes have no impact on Gmail users who access their accounts through Mac Mail, the native Mail app on iOS devices, non-Gmail Android apps, non-Gmail Windows apps, Gmail via Outlook, etc.

Judging by these reactions, it seems that yesterday’s initial frenzy over the change was an overreaction, and that the image caching change won’t ultimately be the negative that many suggested it is.

What are your thoughts? Comments are open if you want to agree or disagree with any of the reactions included above.