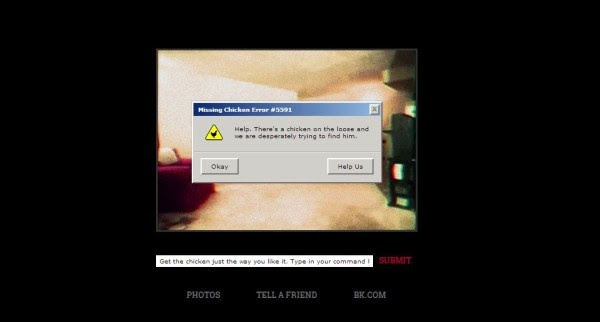 The chicken resurfaced last week on Instagram during Throwback Thursday as Burger King simply mentioned “We miss you, Subservient Chicken,” then took out half page ads in newspapers around the country that asked users if they’ve seen the “missing” bird according to AdAge.

The campaign is also going digital as Burger King is prompting users to #FindTheChicken and features last known whereabouts on the website. Next up, Burger King will show a 15 minute short on their site documenting the rise and fall of internet celebrities.

For more information and agencies on the campaign see AdAge.