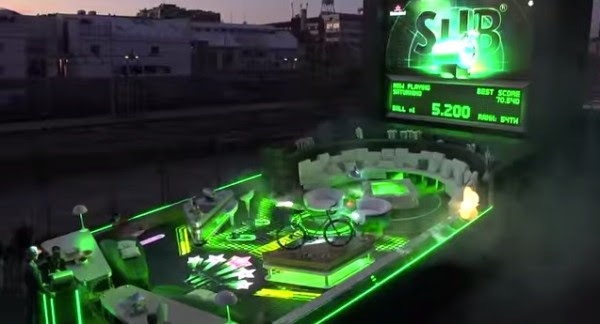 In a super cool activation, Publicis Italia created an awesome piece of experiential marketing for the introduction of Heineken’s “The Sub,” a futuristic-looking, advanced technology method of dispensing beer. Effectively, it’s a really cool keg.

It was designed by Marc Newson and the agency decided to tout Newson’s masterful achievement in Milan during Design Week by inviting people to a seriously tricked out “living room” called, appropriately, The Sub Living Room.

While people were invited to appreciate the masterful design, that’s not all they were in for. When the lever of a particular Sub was pulled, the entire living room turned into a gigantic pinball machine.

Of course, epicness ensued with everyone being given a chance to play what is likely the biggest pinball machine ever created. All to sell beer.