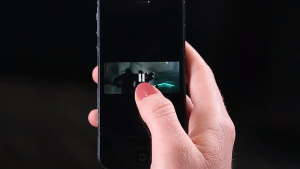 The social network announced today that it will start selling “Premium Video Ads” in Australia, Brazil, Canada, France, Germany, Japan and the United Kingdom. But not just to anyone. In keeping with its slow-play plan when it launched the product in the United States in March, Facebook said will offer the ads to a limited group of advertisers.

The 15-second ads play automatically — and soundlessly until clicked upon — in users’ news feeds on the network, and Facebook is moving slowly, being careful not to inundate users with the ads or annoy them with low-quality pitches.

“We’ll roll out Premium Video Ads slowly and monitor how people interact with them,” Facebook said in a release. “This limited introduction allows us to concentrate our efforts on a smaller number of advertisers with high-quality campaigns to create the best possible experience on Facebook. People can expect to begin seeing these new ads over the next few months.”

To help advertisers determine how well the ads are performing, Facebook has upgraded its video metrics to show video views, unique video views, average duration of views and audience retention on any video uploaded to Facebook, including, of course, the ads. Facebook actually announced the upgrade earlier this month, but reiterated today that the upgrade would be rolled out globally in the next few weeks.