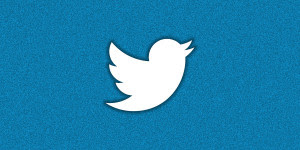 The deal is similar to the one Twitter signed in April 2013 with Publicis and worth a reported $200 million, but is focused on the integration with Twitter’s MoPub ad exchange. More details from the Journal:

The deal will integrate Omnicom’s programmatic ad buying unit Accuen with Twitter’s ad exchange MoPub, which it purchased for a reported $350 million in September. In addition to locking in ad rates and inventory access for Omnicom agencies, the arrangement will also give the holding company a “first look” at new ad units and opportunities being developed by the social network. Like many of these deals, it will include an element of “research,” the companies said.

The deal continues the trend of partnerships between advertising holding companies and social media properties. In March, Omnicom signed a deal worth a reported $100 million with Instagram. And last week, Facebook and Publicis signed a multiyear agreement said to be worth $500 million.