Google Is Shutting Down Orkut, Its First Social Network, On September 30 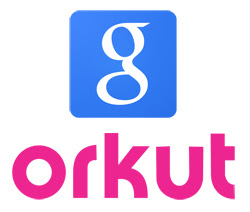 Google announced today that it is shutting down its first social network, Orkut, on September 30.

Orkut, launched in 2004 and named after Google engineer Orkut Büyükkökten, who created it, was very popular in Brazil, where for years it was the leading social network. Facebook finally surpassed it the country in January 2012.

Orkut was also heavily used in India, but never gained traction in the U.S. and with the creation of Google+ three years ago, the end of Orkut was only a matter of time.

“It’s been a great 10 years, and we apologize to those still actively using the service,” engineering director Paulo Golgher wrote in a blog post. “We hope people will find other online communities to spark more conversations and build even more connections for the next decade and beyond.”

Orkut users will be able to continue to use the network until Sept. 30, but no new accounts can be created started today. Orkut profile data, community posts and photos can be exported with Google Takeout (which will be possible under September 2016).