In Native Advertising, Brands Win When They Know The Audience [#awxi] 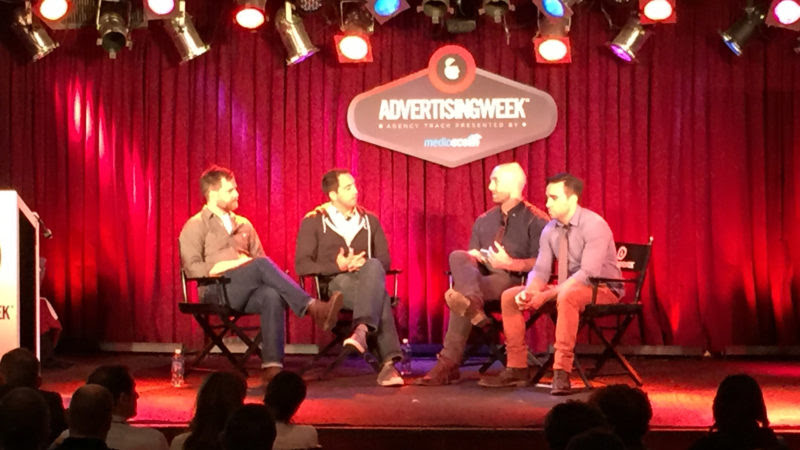 If there’s one key to success in native advertising, it’s knowing your audience.

That was one of the themes that came up repeatedly Monday during an Advertising Week panel titled “Make the Logo Smaller – How Brands Win When Advertising Takes a Back Seat to Content.”

“Over the decades, our editorial team has learned what works and what doesn’t,” said Rick Hamann, Senior Vice President of Onion Labs, the in-house marketing team at The Onion. “We’re very keen to our audience and what they like.” That knowledge helps Hamann’s team work with brands and agencies to develop advertising content that resonates with readers while still effectively portraying the advertiser’s story.

Both Hamann and fellow panelist James Del, Executive Director at Gawker Studio — the creative shop inside Gawker Media — agreed that it can be a challenge to convince advertisers that some ideas and some messages just won’t work with the audience they want to reach. The key to solving that dilemma? Communication.

“It’s an ongoing conversation with clients about balancing what they want with what we know works on our site,” Del says. “We know that clickbaity headlines that work on Facebook won’t necessarily get clicked on Gawker.com.”

Says Hamann: “Very occasionally, we have had to run [advertising content] that we know isn’t funny. But 99 percent of the time, the client comes around to our ideas because we know what our audience likes.”

Both Del and Hamann said they get most of their projects via direct contact from brands or agencies looking to create content that will reach the Gawker and Onion audiences, respectively. And, as Del said, sometimes it’s best when the advertiser isn’t really sure exactly what they want to create.

“Some of the best things we’ve done are when the agency only had a half-baked idea.”

The session was hosted by Matt Creamer and Tom Buontempo of the New York-based agency, KBS+.

The post In Native Advertising, Brands Win When They Know The Audience [#awxi] appeared first on Marketing Land.