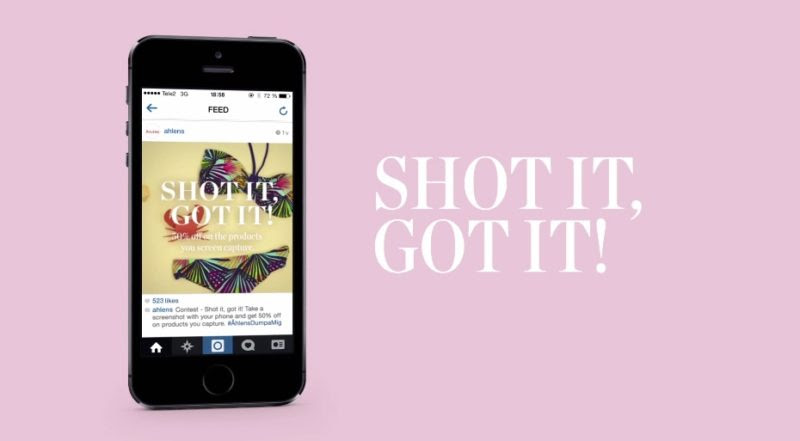 Viewers who were able to grab a screenshot of the video at the particular point when a product was featured and then post the image to their own Instagram feed with the hashtag #ÅhlensDumpaMig (which roughly translates to “Åhlens Capture Me” or “Åhlens Grab Me”) were given the item at half price when they showed the post at store checkout.

The stunt was an effort to reach, as the case study video explains, “the youngsters.” You know, the ones difficult to reach with “regular” media. It was also a valiant effort to bring new meaning and functionality to the lowly coupon.

Ingenious as this stunt may be, it’s really not that hard to pause an Instagram video by tapping on the screen so as to get the video to stop where you want to. That said, it’s a fun stunt and an admirable effort to reach a particular audience. According to the case study video, “thousands” posted screen grabs thereby spreading the message to others.

In an age where more and more people are becoming immune to and shielded from most advertising, this little stunt is a step in the right direction for a marketer attempting to reach an increasingly hard to reach group of consumers.