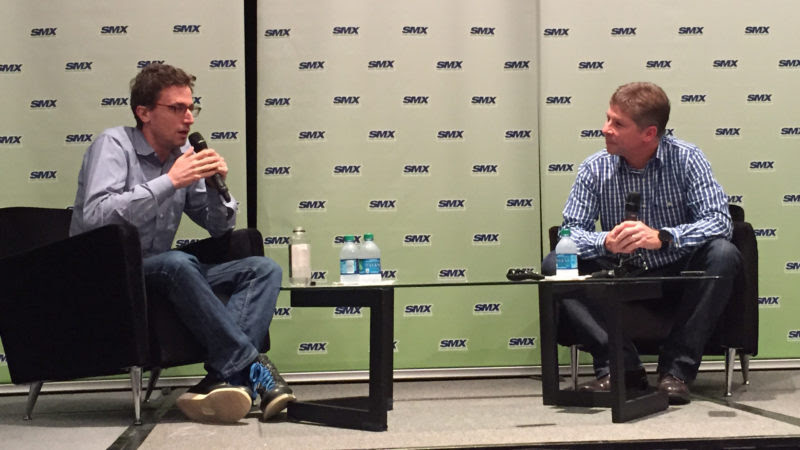 As the CEO of a site that receives so much traffic from Facebook, you might think BuzzFeed’s Jonah Peretti would be worried about changes Facebook has made over the past year to filter out memes and other types of low-quality content. But Peretti said recently he’s not — and even if BuzzFeed gets less traffic from Facebook, that would be OK.

It’s a nuanced position. On one hand, Peretti is grateful that Facebook accounts for a large portion of BuzzFeed’s social windfall (75% of the site’s traffic comes from social media referrals). On the other, if a “crappy quiz” goes viral and gets 20 million views, he said the BuzzFeed brand could be damaged.

“We want the people who see BuzzFeed content to really truly love what they are seeing,” Peretti told Search Engine Land founding editor Danny Sullivan during the SMX East keynote in New York last month. “We have a big audience and we want it to grow, but we want it to be a deserved audience. So we’re really very aligned with Facebook in their News Feed being as good as it can possibly be and so a reduction in traffic to us could be a good thing in some cases.”

It’s almost as if Peretti is hoping that Facebook will save BuzzFeed from itself. Or perhaps it’s better to say Facebook is helping the site be more things to more people as it continues to mature as a serious source of news and entertainment (that also knows how to kick out a mean pop culture listicle). The News Feed algorithm aims to show people what they want and there are certainly some people happy to see quizzes that others find frivolous.

BuzzFeed appears to be willing to cede some of the frivolity to others. Witness the news that PlayBuzz, a less-than-a-year-old BuzzFeed knockoff, moved past BuzzFeed into second place among the most shared publishers on Facebook in September, according to NewsWhip. Further, PlayBuzz had seven of the top 10 most interacted with (likes, shares and comments) Facebook stories of the month. Every one of them was a quiz (“How Good Is Your Memory?” “Which Badass Woman Were You In Your Past Life?”).

BuzzFeed staffers and community members are still producing quizzes — I counted 16 on one recent day, but Peretti appeared unconcerned that they aren’t always blowing up on Facebook.

BuzzFeed would rather tap into niches that Facebook can find because of its deep data ties to its users. Peretti shared some examples: Content about left-handed people, what it’s like to grow up with Asian immigrant parents, what it’s like to have a particular sexual orientation or be from Oklahoma.

“Now we are seeing less massive hits,” Peretti said, “and we are seeing more content get a large amount of traffic, but very few get a mega, huge amount of traffic. They are doing more Netflix-y style recommendations of getting the right content to the right person and less of the massive popular hits. So that allows us to flex in more different areas of the organization and make a broader range of content.”