Survey: Social Media To Influence Half Of Holiday Shoppers

According to a new holiday shopping survey sponsored by e-commerce platform MarketLive (carried out by the e-tailing Group) mobile and social channels will play a significant role in holiday shopping this year.

The survey was conducted online among 1,000 smartphone owners, equally divided between male and female, who spend at least $250 annually on e-commerce. Among other things the survey found that “1-in-3 shoppers will do more than 50 percent of purchases via mobile devices.”

This is a statement of intention that needs to be qualified accordingly. But it indicates the degree to which shoppers are increasingly open to mobile (smartphone, tablet) purchases.

Social media experiences are also gaining in their influence over consumer shopping behavior according to the survey. 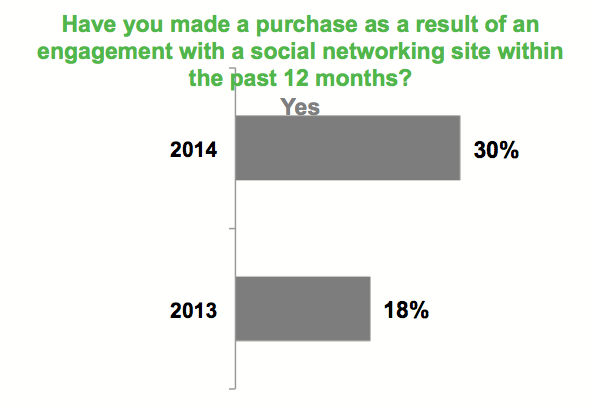 The survey found that 30 percent of respondents had made a purchase as a direct result of “engagement with a social networking site” within the past year. That was up from 18 percent the previous year.

Consumers identified a number of important shopping-related activities they intended to pursue on social sites. Looking for and sharing product recommendations as well as exploring gift ideas were cited by roughly half the survey audience. People also indicated an intention to “like” (or follow) retailers and brands on social sites. 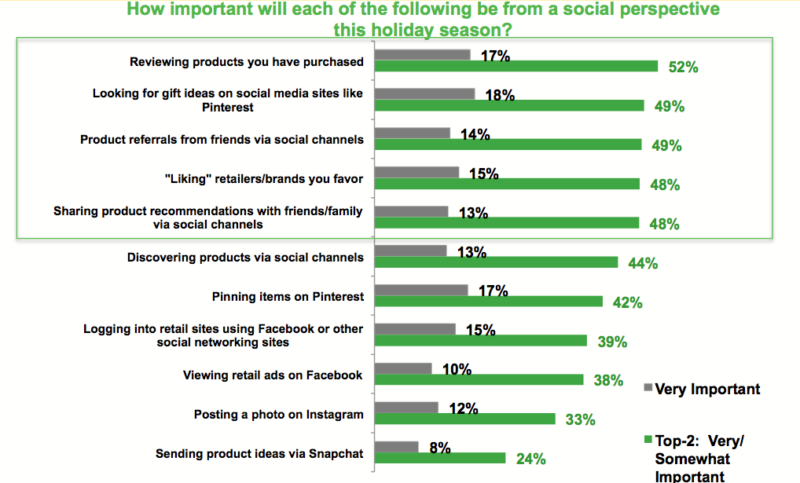 However when it comes to purchase triggers, the familiar considerations were at the top of the list: free shipping, deals, points and discounts. Most consumers remain highly price sensitive and want offers to motivate them to buy, whether on conventional e-commerce sites or social media with buy buttons.

The chart below holds immediate implications for promotions and ad copy in social ads. Likes and friend “recommendations” held somewhat less influence (at least in the abstract), notwithstanding the survey responses in the chart immediately above. Shoppers typically say they want personalization but reject tracking/data-mining also indicated in this survey that they would be influenced by personalized recommendations, emails and ads. These survey respondents fairly receptive to personalized ads or, by implication, retargeting on social networks.

A quarter of respondents said they would be anticipating personalized display ads on social sites and would be “taking advantage” of such ads as part of their shopping this holiday season. 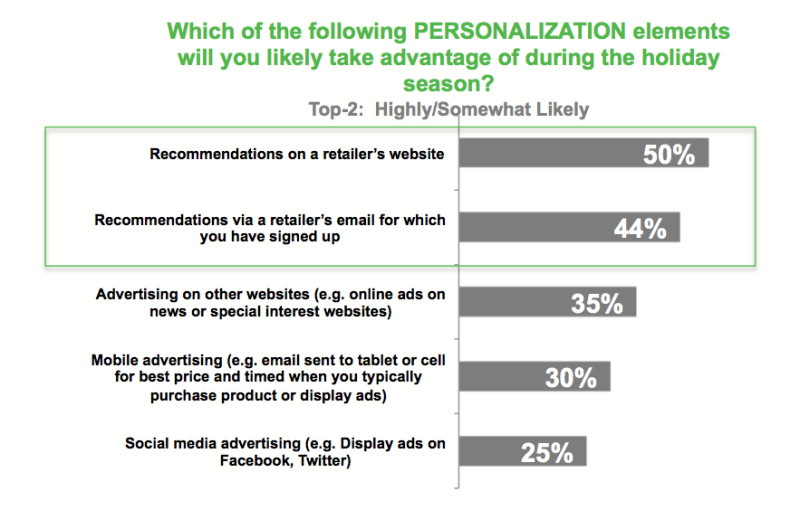 There’s still some debate about the influence and efficacy of social media advertising. However this survey indicates that most consumers will be actively engaged with social media — and advertising on social media sites — as an “important” part of their Q4 holiday shopping.

The post Survey: Social Media To Influence Half Of Holiday Shoppers appeared first on Marketing Land.