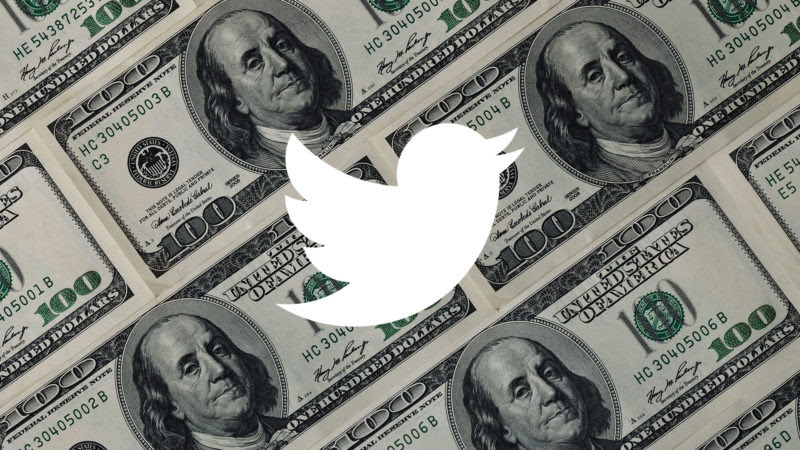 Twitter is adding another feature to its fledgling e-commerce stable, today introducing Twitter Offers, which will enable advertisers to offer digital coupons within tweets.

Twitter users who see the tweets will be able to claim the offers by linking their credit or debit card accounts to Twitter. The discounts can be redeemed using the synced card, either online or in a retail store.

This brings some obvious benefits for retailers, who have long struggled to link digital marketing with retail sales. As Twitter product manager Tarun Jain explained in a blog post:

With Twitter Offers, advertisers will be able to attribute redemptions directly to their campaigns on Twitter, so that they can effectively measure the ROI from their promotions, even when redemption happens offline. Additionally, we make it easy for merchants to get up and running because they can use their existing payment network, there’s no change to the consumer purchase process, no employee training and no new hardware or software to install. By leveraging Twitter’s robust targeting capabilities, advertisers can tailor their promotions and campaigns to the right audience, while optimizing for performance.

The discount-via-a-tweet idea isn’t new for Twitter; American Express offers a similar feature that gives users the ability to get discounts by tweeting a specialized hashtag, but Twitter Offers brings the commerce relationship with users onto the Twitter network.

And that relationship will be crucial as Twitter continues to build up its e-commerce features. Like the in-tweet Buy button in testing since September, Twitter said it will be rolling Twitter Offers out slowly. For now, it’s available only in the United States and will be tested with a “handful of brands.” 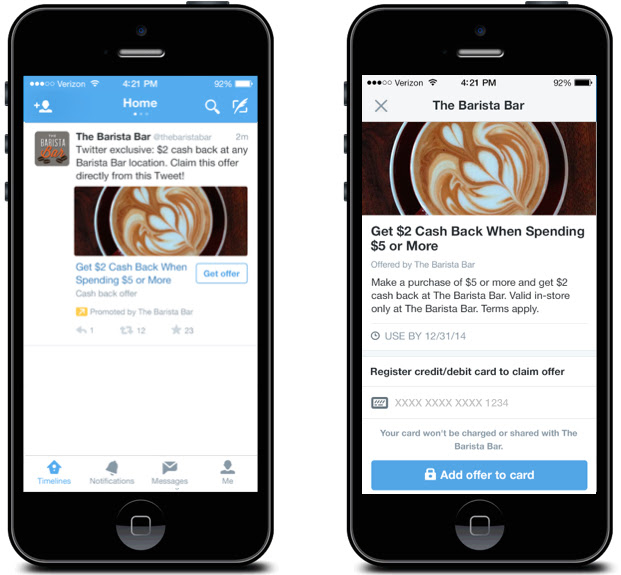