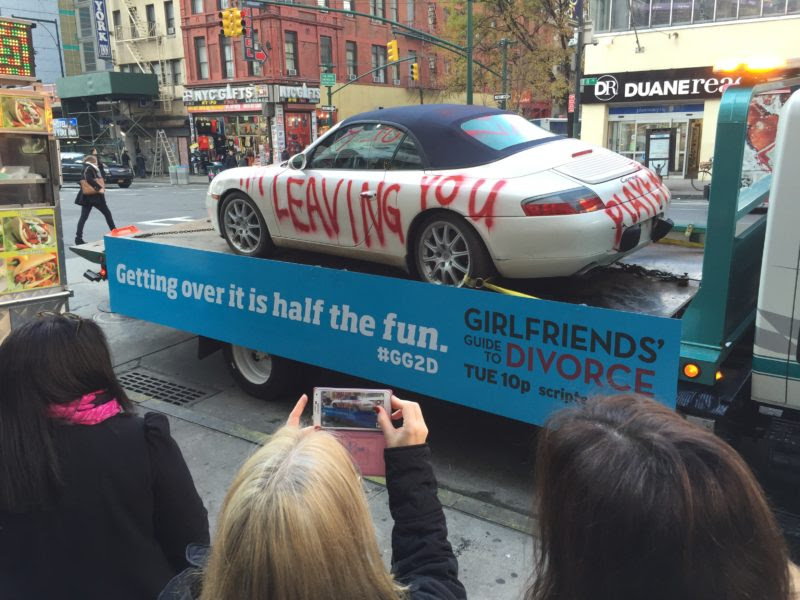 There is really a TV show for everyone, isn’t there? And Bravo seems to be the place to find these, shall we say, very important shows to watch.

One such show — actually Bravo’s first scripted program — is Girlfriends’ Guide to Divorce, which made its debut December 2 and stars former House star Lisa Edelstein. Because hey, everyone needs a little help going through this event in their lives. And so we have the Bravo TV show.

To call attention to this advice-for-free slice of entertainment, creative agency Omelet cooked up a stunt that basically either paints the man as a sport-car-loving, insensitive doofus or the woman as a vindictive, spiteful vandal. (Likely the former, given it’s aimed at the “Girlfriends” audience, rather than at men.)

Whatever the case may be, we have three sporty cars atop platform trucks driving around New York City in an effort to promote the show. The cars have been emblazoned with statements written by seemingly scorned women and include, “Leaving You,” “You Suck” and “We Are Over.”

The campaign is tagged #GG2D and has received a bit of play on Twitter and Instagram including a beefcake element taking place in Los Angeles that has shirtless men “tattooed” with statements showing support for women.

RT @JeffMacke: Someone seems to have broken up with this very expensive car being towed past me… http://ift.tt/1pVwawF

Here are a couple more images of the cars: 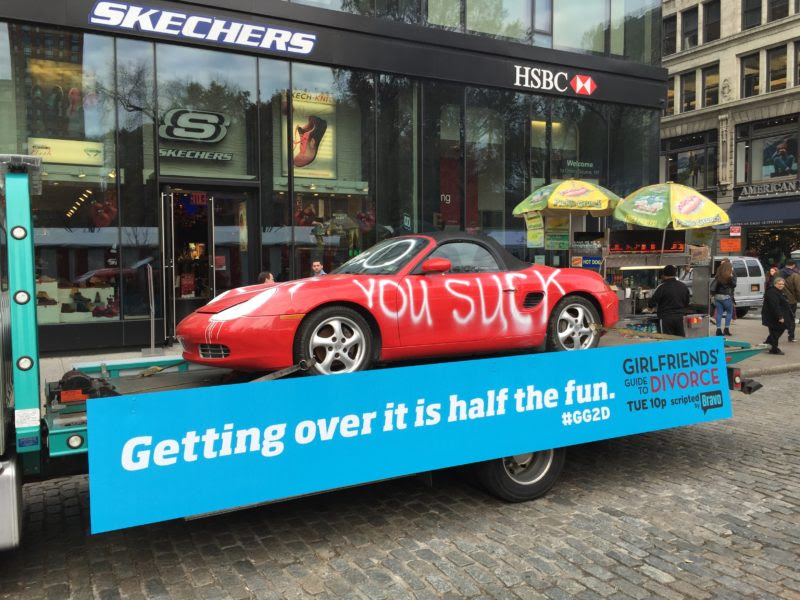