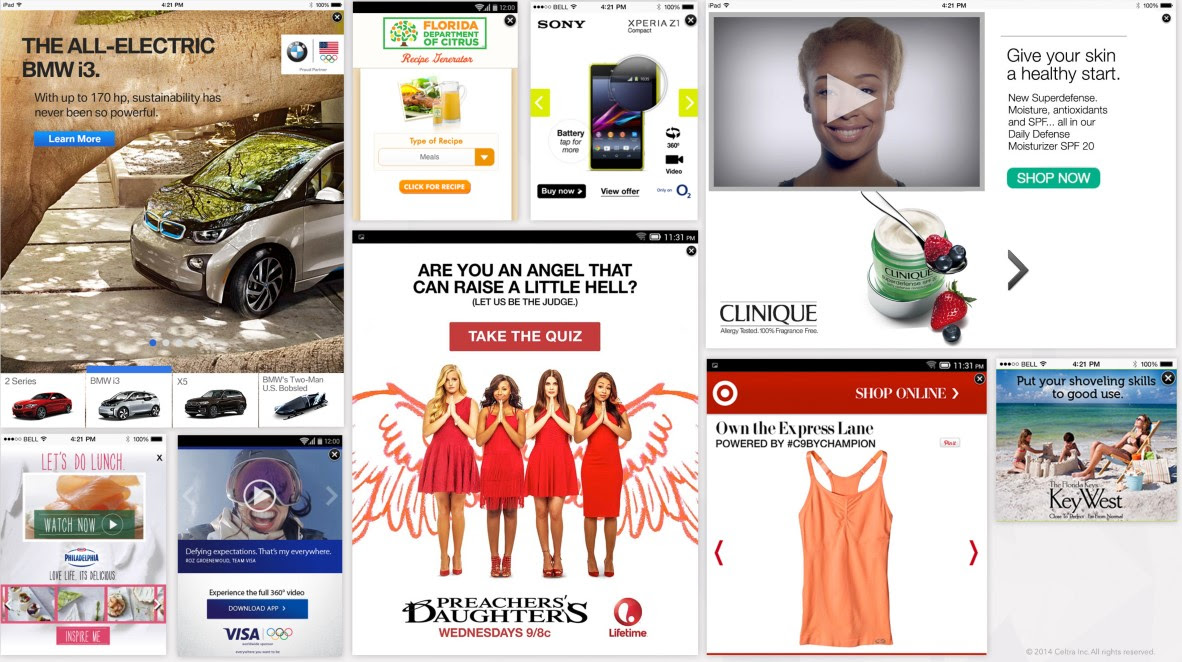 There are multiple ad unit types that are more effective than standard mobile banners. However the latter still comprises an amazing 97 percent of US mobile display advertising according to Celtra’s Q3 2014 Mobile Display Ad Performance Report.

Generally the report finds relatively high user engagement with mobile display across the board, as well as mobile video.

The company said that “video completion rate[s] reached a staggering 41.5 percent in Q3.” Accordingly, more than 40 percent of mobile users who engaged with video in mobile display ads watched the entire video. 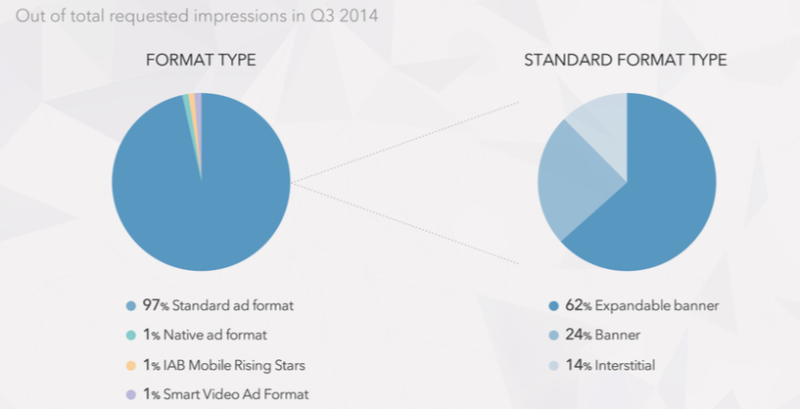 Celtra said that that the ad units producing the highest user engagement were its “smart video” ads. However those represented only 1 percent of ads served in Q3. By contrast standard mobile banners and interstitials constituted an overwhelming 97 percent of mobile display advertising according to the company.

In my mind this fact is reflective of the general lack of creativity in mobile ad creative. 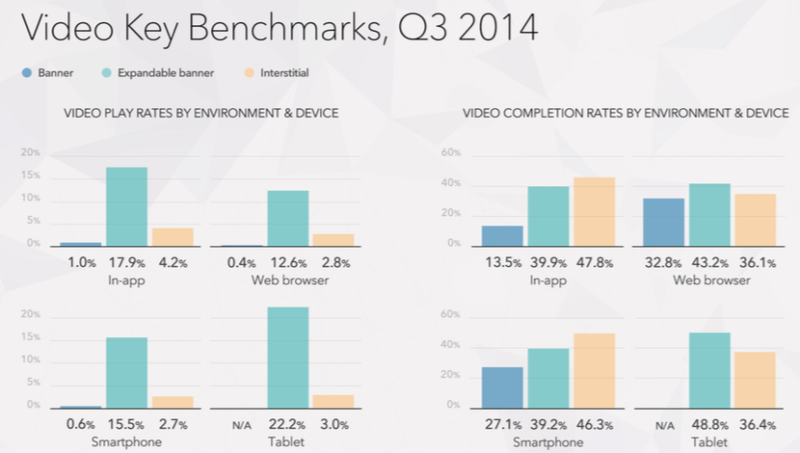