A mystery minivan linked to Apple (though not conclusively) has been seen driving around the streets of Contra Costa County in the San Francisco Bay Area. There are two speculated use cases: Street View-like imagery or self-driving vehicle testing.

The picture above is from a local blog (Claycord) via AppleInsider. Apple had “no comment” to local CBS affiliate KPIX, which produced a report on the sightings (video below). The Claycord blog also showed images of a similar allegedly self-driving Dodge Caravan photographed in Brooklyn, New York. 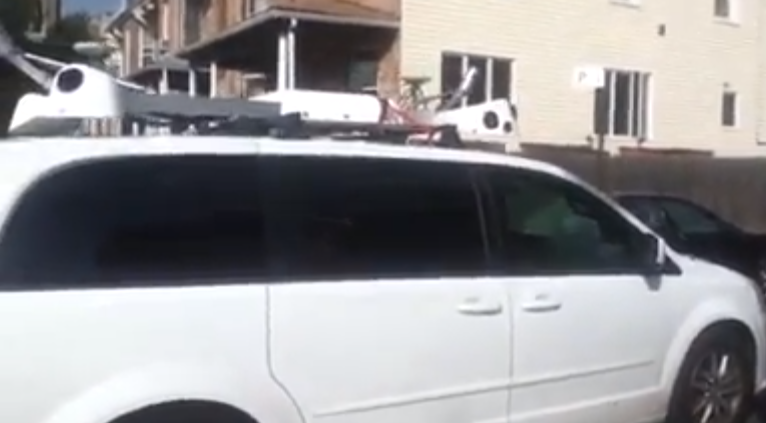 The rig on the top of the vehicle does not generally resemble mapping cameras, which tend to be higher or taller to gain more 360-degree visibility of the area being photographed. Below are examples of mapping rigs: 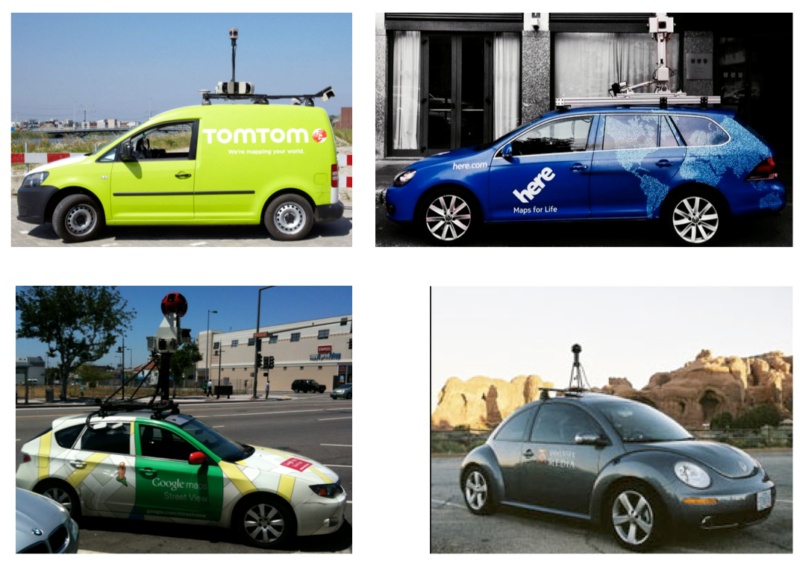 While street-level photography is useful in many situations it’s not a necessity for map users. However the other location data and information captured by Google via Street View cars (notwithstanding the “SpyView” payload controversy) has been instrumental in improving Google Maps’ accuracy and laying the foundation for self-driving vehicles.

Given the similarity between the “Street View” cameras on the vehicles above the flatter rig on the alleged Apple vehicle may be more likely about self-driving, though perhaps it could play into both use cases. Numerous companies, now including Uber, are investing in or developing autonomous cars. Apple could be one of them.

Interestingly Steve Jobs had a fantasy of designing a car, which was never realized. Apple is also making a play inside the car with its CarPlay in-dash app platform.

It’s important, however, to reiterate that Apple has not confirmed that it owns or is using the minivan pictured above.