Mobile-Only Shoppers Nearing or Above 50 Percent for Top Retailers 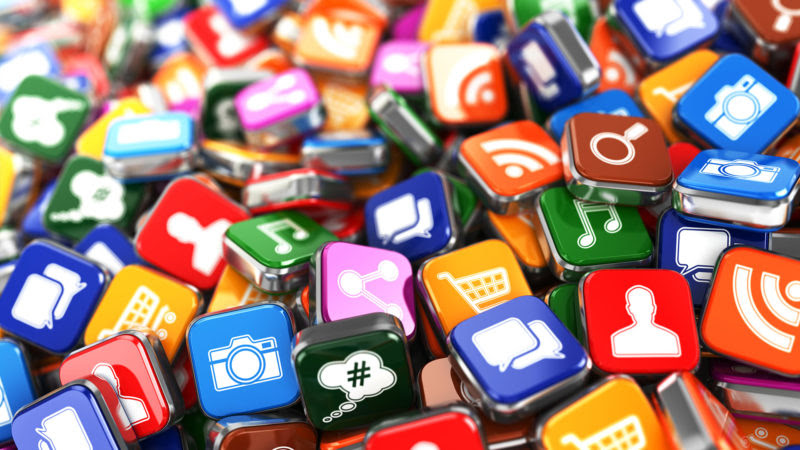 There’s fresh evidence that traditional retailers and e-commerce sites need to invest much more in mobile. In January, comScore documented that among top US retailers the percentage of mobile-only shoppers is approaching or crossing the 50 percent threshold.

Below is the comScore list of top retailers and the corresponding percentage of mobile only traffic. Apple, Wal-Mart, Target, Ticketmaster and QVC all are seeing more than 50% of their traffic come from mobile-only shoppers. 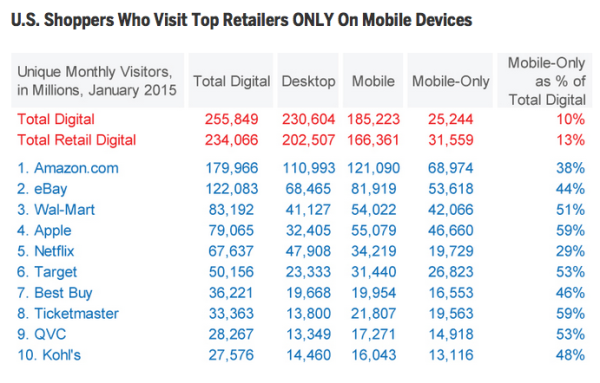 What this means is that if retailers aren’t offering best-in-class user experiences they’re probably losing out on potential sales but also may be suffering hidden brand erosion.

While the above data show that mobile-only traffic is only 10 – 13 percent of total US internet traffic, they don’t capture a larger group of users who may be multi-device but mainly mobile or mobile first. For most of the retailers on the list above the mobile audience is larger than the PC audience.

Survey data also indicate that while retailers say mobile is a top priority, many are still hesitating or moving cautiously and many of them have effectively put apps on the back burner. However, as these comScore mobile-only data argue, if you’re a retailer and you don’t step up your mobile efforts quickly you may be screwed.

The post Mobile-Only Shoppers Nearing or Above 50 Percent for Top Retailers appeared first on Marketing Land.