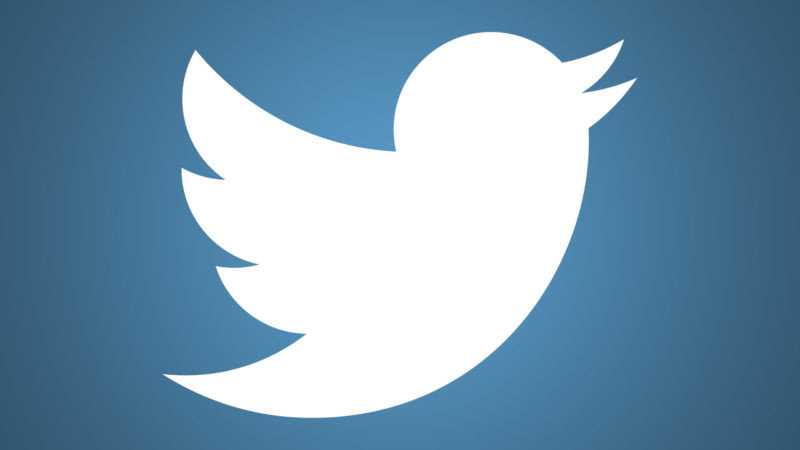 Twitter, aiming to provide a more enticing landing spot for the millions of visitors who don’t sign into its network, unveiled a new homepage today.

The new page is essentially the same as the one Twitter has been testing for the last couple months. We wrote about it here and here.

The new page is live today for U.S. desktop users and will be pushed to other locations over time.

Now instead of a dead-end login page with no content, people who aren’t logged into Twitter are presented with a selection of topics — Politics, Pop Artists, General News Sources, Cute Animals and Tech Blogs & Reporters, for instance. The topics are laid out in text in the left rail and in a two-column tiled grid in the middle of the page. 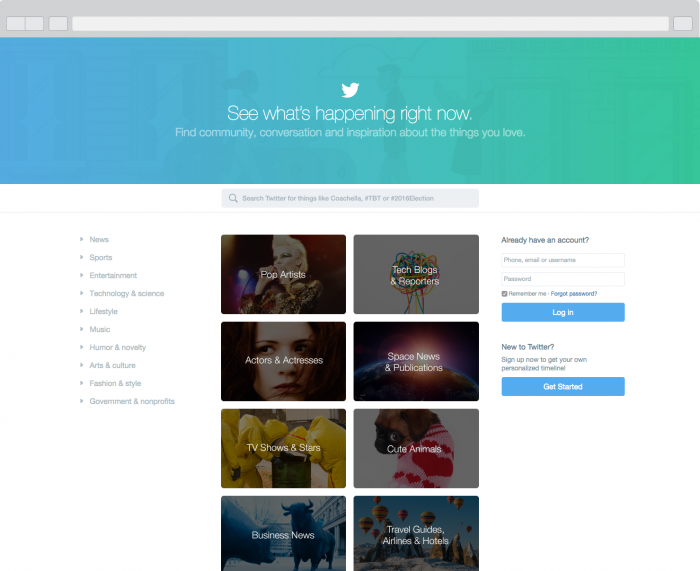 By giving logged-out users an immediate taste of what Twitter has to offer, the company is hoping to entice more of them to join its ranks of 288 million monthly active users. Twitter has struggled to meet investor expectations for user growth in recent quarters, but has been emphasizing that more than 500 million people visit its network monthly without logging in.

Now those visitors have more reasons to stick around.