Brand Missteps In The Social Media Spotlight: The New Rules Of The “Shame Game” 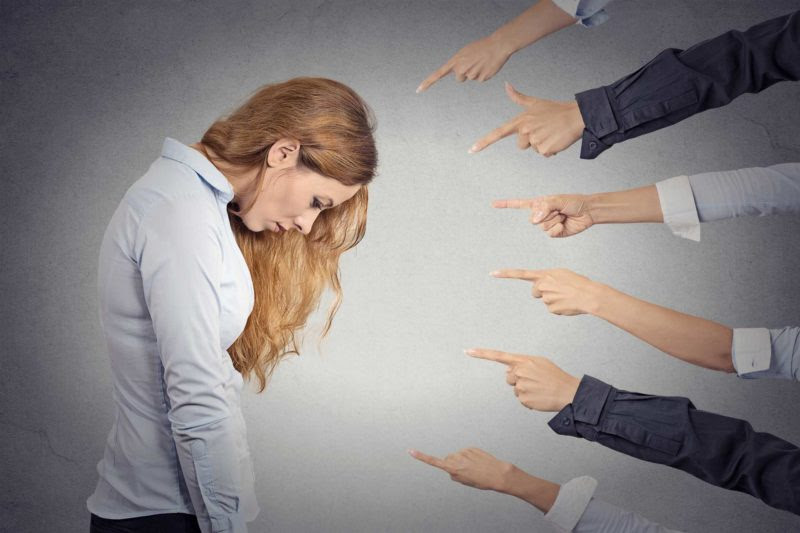 Fielding customer complaints has always been the role of a company’s customer care team. However, the pervasive rise in using social media to connect more directly and instantly with brands has fundamentally changed everyone’s notions of service and support in the digital age.

Brand ambassadors praising you online? Yes, lots of those (and we love them!). Upset customers hoping for a quick resolution? Absolutely, and in substantial and growing numbers. Anyone from any walk of life (customer or not) weighing in on any aspect of your brand? That goes without saying – everyone has a point of view that they want to share!

Knowing this, let’s take a step back. What’s abundantly clear is that we are now living in an era when social support and customer care are constantly top of mind for brands big and small.

Though, at the same time, I think we’re all starting to realize that how we use social and digital media to better serve our customers makes us more susceptible to social shaming. I think we’ve all encountered the social shaming phenomenon, when the social media spotlight seems to focus on one brand that’s made an apparent misstep of some kind, and everyone from customers to media commentators feel free to pile on.

The challenge that confronts us today is knowing where to draw the lines of demarcation – and knowing how, when, or even if to respond to social shaming. That distinction is more important than ever. Could this be the next wave of the so-called “shame game?” Too soon to tell.

Is this a result of heightened customer expectations? Most definitely. Is this the result of our nonstop access to social media? Highly likely. Is this part and parcel of human behavior, in general? One could assume so.

What I’m trying to say is that we now have a perfect storm brewing that takes the notion of “the customer is always right” to a whole new level. Why? Because when customers don’t get the support they need – or, rather, when they don’t get their way – there is very little holding them back from taking their frustration out on your brand in a very public way. And, quite frankly, that’s what brands fear the most these days.

Let’s look at a few examples. Earlier this year, Dave and Buster’s tweeted something that was meant to be funny, but ended up backfiring in a most unexpected way. 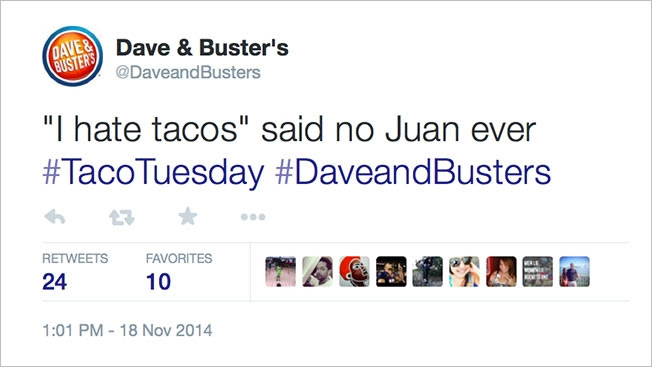 What was perceived to be a lighthearted pun in celebration of “Taco Tuesday” was blown up (many would even say out of proportion) into a story about the brand making a racist jab. And, of course, the twittersphere went abuzz like wildfire – so much that Dave and Buster’s quickly took the tweet down and issued an apology (via Twitter).

Whether this sparked long-term damage to the brand or was forgotten a day or two later is not really the point. The takeaway here is that, within minutes, social media made it possible for people from all corners of the world to publicly shame the company and cause them to rethink their actions, essentially putting the company not only at the mercy of its actual customers, but also in the firing line of various social media commentators who just want to make some noise (including those who may not even follow the brand or have even heard of it before).

Another example, going back a little further, that I think is truly indicative of how determined some customers can be to have their voice heard, is one of a British Airways passenger who was so upset about the poor customer service he received after the airline temporarily lost his luggage that he decided to purchase a series of promoted tweets, totaling $1,000, to make his point loud and clear. And that he did.

His story didn’t end there, though. What he managed to do, albeit somewhat unexpectedly, was not only put a spotlight on the airline’s lackluster customer service, but also uncover a major gap in its social service offering (and etiquette). This put the entire airline industry on high alert, making it clear that disgruntled passengers could easily flock to social to make their dissatisfaction known (and in a massively public way).

And then there are those moments when you really have to ask: “What were you thinking?” This little gem from the Federal Student Aid organization (aka, FAFSA) is an example of what happens when, as one offended retweeter put it, “your social media rep is great at analytics and terrible at culture.” (Well said!)

Obviously, after much public outcry, this tweet was taken down, followed by a timely (and much needed) apology.

We apologize for the insensitivity of our previous tweet. Our goal is to make college a reality for all. We're very sorry.

Social shaming proved to be effective yet again. So what does this mean for brands today – as well as the relationship that they have with their customers in this era of heightened expectations? Here’s my take on it.

The “shame game” is real. The shame game is a byproduct of our uber-connected, real-time media culture. The shame game is the new context in which brands, especially via their social service engines, need to (proactively) address customer expectations.

Our customers are equipped with tools that can do just as much to boost your brand as they can to tear down your brand. But we’ve got to be resilient, even in the face of our toughest communications obstacles.

Today’s customers expect a lot from brands – and, typically, at the speed of instant gratification. It is our duty to keep up. However, that does not mean we should allow ourselves to become victims of digital shaming.

Here are a few way to overcome it:

Here’s my final thought on this. We must constantly strive to give our customers the best possible service at all times, but that doesn’t necessarily mean adhering to their every whim. You just can’t run a business that way.

However, you must always keep in mind, from here on out, that your customers will inevitably take to social to speak out against your brand at some point in time. How you choose to respond can and will set the tone for other customer interactions down the road.

That, my friends, is the incredibly fine line between customer service and falling prey to the now all-too-common “shame game.”

The post Brand Missteps In The Social Media Spotlight: The New Rules Of The “Shame Game” appeared first on Marketing Land.