In an effort to make it easier for kids to talk about the less happy aspects of life — such as the difficulty of having alcoholic parents, feeling ill, having dark thoughts or getting abused –Swedish non-profit BRIS has launched Abused Emojis, an iPhone keyboard app which allows for the expression of feelings about the aforementioned situations.

The organization, which runs a hotline for children, hopes Abused Emojis will make it easier for kids to talk to others about sad feelings and situations where they have been treated badly. The end goal is just that: encouraging kids to communicate about their problems so that friends, family and BRIS can help.

The emoji app, created by Swedish agency Garbergs, is of the cut and paste variety rather then the smoother tap-to-insert variety, but that was likely done so the non-standard emojis insert as images and are visible across all devices. 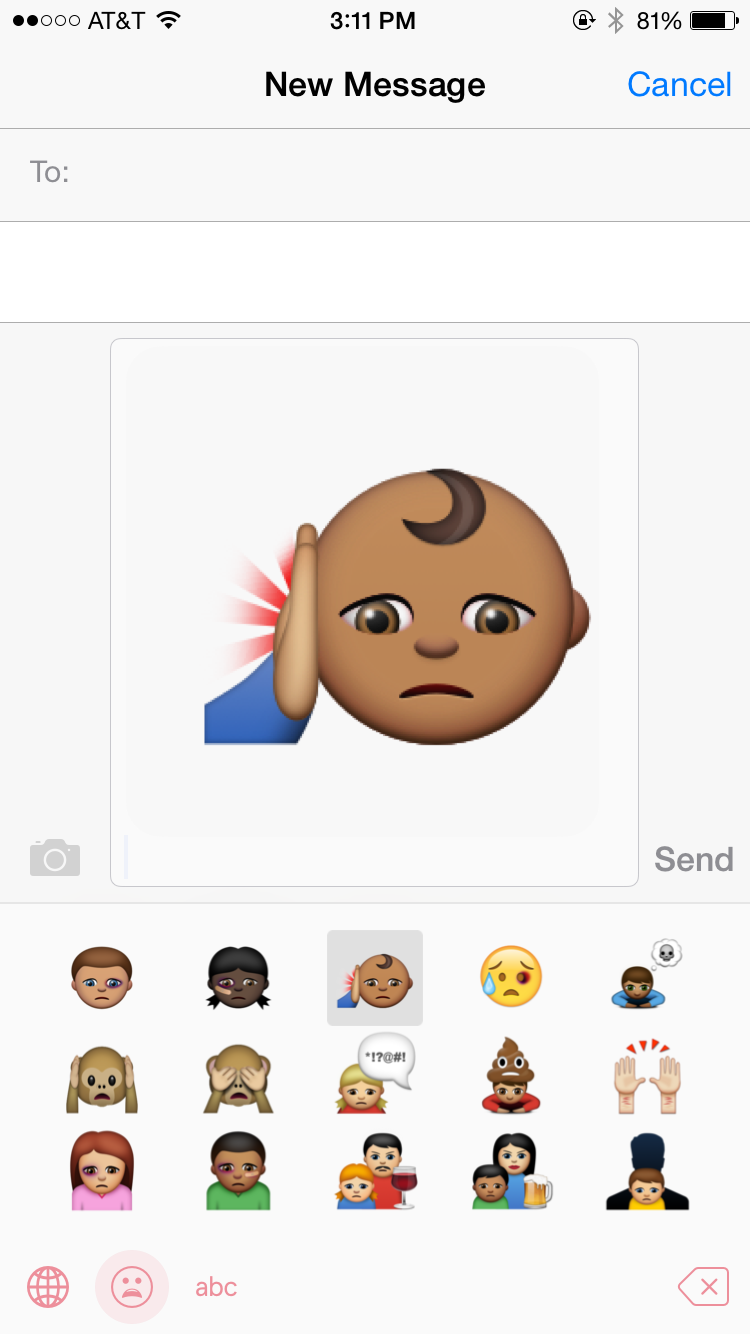 Explaining the thinking behind the app, the BRIS About page states:

Every day we have contact with hundreds of kids through phone, chat and mail conversation. Many of the problems that children face today are stigmatized and often they have no-one to talk to but us. The Abused Emojis app is a symbol for our work to make children talk more freely about their situation.

According BRIS, Abused Emojis has been downloaded 30,000 times and is the third most downloaded free iOS app in Sweden.

While inclusion in the industry standard Unicode list of mobile emojis would be ideal, BRIS Communications Director Silvia Ernhagen said that was not the app’s main goal.

To promote the app, BRIS partnered with several influential personalities on Instagram: