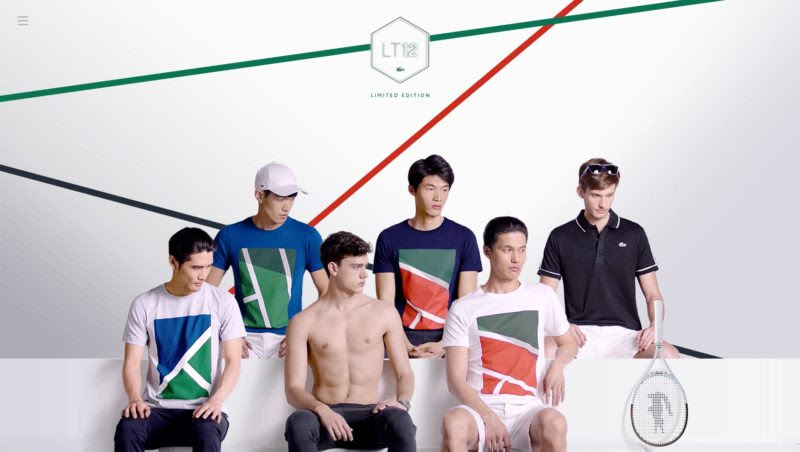 In February, Lacoste created a series of Instagram and Vine videos to introduce a new tennis racket and fashion line. This week, working with Fred & Farid Shanghai, the brand has launched a mobile- and desktop-based “lookbook.”

The effort, designed to promote the limited edition LT12 line launch in China, is timed to coincide with the French Open, aka Roland-Garros, currently taking place in Paris.

The lookbook features models sporting Lacoste fashion. But that’s not all they’re doing. They’re actually at a tennis match, and if you move the cursor (on the desktop) or your finger (on mobile) across the screen, you can move a tennis ball around the screen and the models’ heads will turn to follow the ball.

In addition to that game-watching spectacle, items worn by the models can be clicked and purchased directly from within the game. Humorously, each time a product runs out, the model appears half-naked.

Here’s the mobile site. Note the position of the tennis ball in the lower center of the screen: 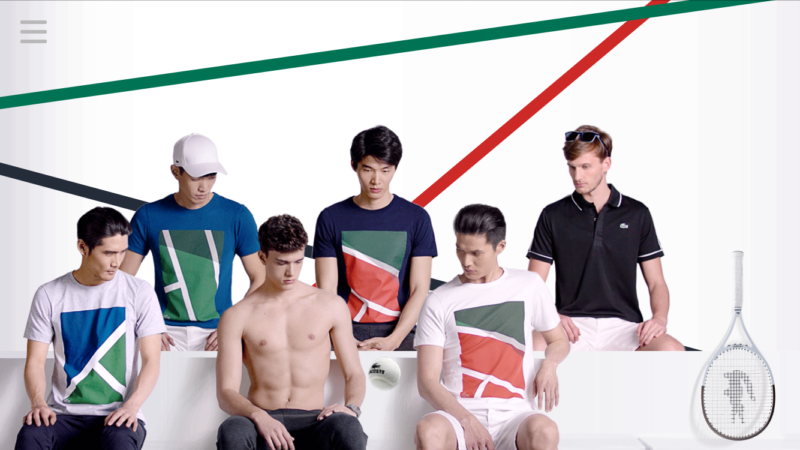