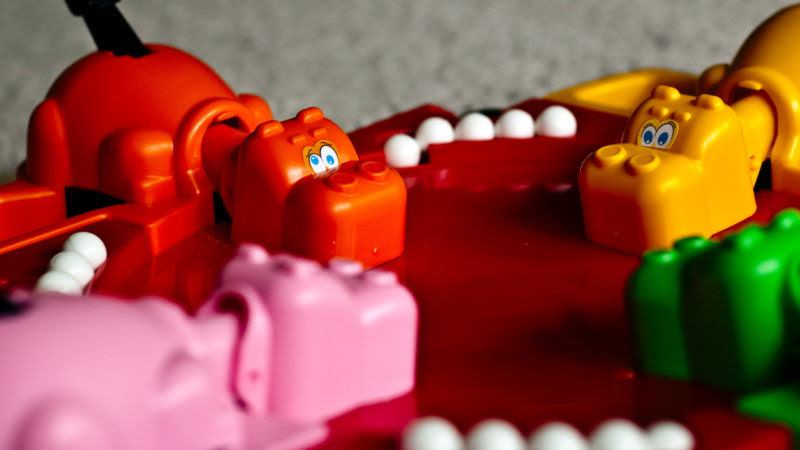 Ever since the days of Rockefeller and Carnegie, the idea of a large company acquiring a smaller one has carried with it the impression that a big fish is eating a little fish, absorbing it for its nutrients (customers, talent, geography, etc.).

This image is made worse when certain large companies acquire countless smaller businesses in a short period of time. To many, this indicates that the ocean of enterprise, once teeming with a diverse types and sizes of fish, now only has a few, very large sharks.

Over the past few years, the ad tech industry has seen just such a change. Tech giants such as Facebook (LiveRail) and Google (Toro, Adometry, Spider.io) have been buying up smaller companies just as they start to make headlines.

It’s tempting to see this as a giant game of “Hungry, Hungry Hippos,” with large companies vying to eat up all the smaller players in order to accumulate innovative technology (and the teams that built it). The details, however, paint a different picture.

The Motive Behind The Deals: Innovation

It’s understandable that acquisitions such as TellApart’s by Twitter, or BrightRoll’s by Yahoo, cause people to think these public behemoths are working to create “walled gardens.” But to determine the true motives for the deals, it’s very important to look at how the offerings of the acquired companies are treated.

Today, many people look at large-scale mergers and acquisitions in a negative light because of their assumptions about what it means when big companies acquire small ones. When it comes to the ad tech industry, though, it’s crucial to understand that many acquisitions in the tech space are completed to advance innovation in the market.

Often, a smaller company creates something that has the potential to be invaluable to the industry, but due to its size or resources, it simply can’t reach its full potential — even with a truly revolutionary product or service. As part of a larger company, however, the small company gains resources necessary to deliver on its vision.

In ad tech, change has been coming fast over the last few years. Capitalizing on various new marketing channels, consumer preferences, and more, means operating at an ever-quickening pace.

A great solution or product can languish in obscurity and see its time come and pass before it finds the perfect product-market fit. For those, an acquisition is not only a chance to deliver their solution with greater speed and scale, but also to have the resources to continue to create innovative products in an industry where many are constantly searching for the next possible magic bullet.

When Big Players Empower Each Other

Of course, this doesn’t just apply to a small company being acquired by a large company. Just last month, Verizon bought AOL, a company that is in no way considered a “small fish.”

Did Verizon buy out the company that was the face of the consumer internet throughout the ’90s because it didn’t want to deal with the competition? No. It acquired the company because its leaders saw that AOL’s mobile and video platforms were great innovations in programmatic that, due to AOL’s limitations, weren’t being used to their full potential.

The decision makers at Verizon saw an opportunity to combine their considerable media resources with AOL’s technology in order to provide a fantastic service. It wasn’t meant to make AOL subservient; it was meant to empower both companies.

The fact is, it’s easy to look at acquisitions as the big guy squashing the little guy, because it’s always easier to see fault in something than to see good. In ad tech, though, these acquisitions are largely completed to empower everyone. The large companies gain access to amazingly innovative teams and products that, in turn, exponentially increase their resources to fully realize their vision.

It’s not a game of hungry, hungry ad tech — it’s a game of chess.