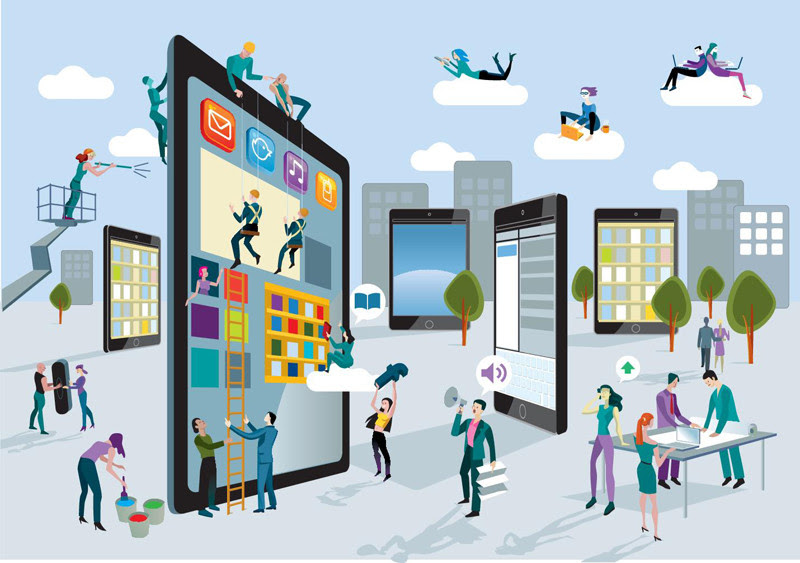 The gap between mobile devices and the PC is growing. Last week Gartner and IDC reported that Q2 PC sales were down between 9.5 and 11.8 percent year over year. By contrast smartphone penetration and mobile time with media are going in the opposite direction, creating a significant disparity between the two media platforms — especially among younger users.

According to comScore’s recent Global Mobile Platform Report 61 percent of total digital media time in the US is spent with smartphones and tablets while 39 percent is on the desktop. This split varies by country examined in the report; the UK and Canada are mobile dominant but with a slightly less dramatic split. 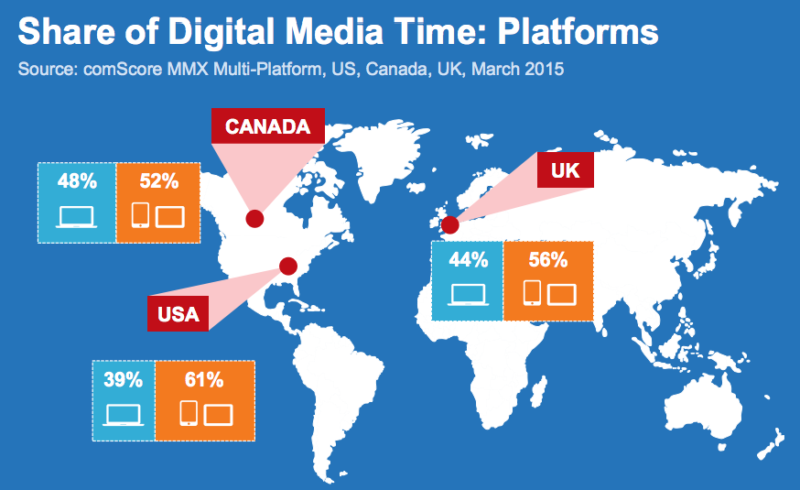 One of the more potent findings in report concerns the mobile-only audience. These are people who are only interacting with digital content on mobile devices. In the US, comScore says that nearly half of the audience of the top 100 digital media providers is now mobile-only.

The implications of this are obvious and immediate: without an optimized mobile experience you’re likely missing numerous conversion opportunities but beyond that potentially alienating almost half your audience.

These mobile trends are most pronounced among younger, Millennial audiences. According to the report smartphone penetration is highest among Millennials and smartphones are used most heavily by this audience.

More than 90 percent of Millennials have smartphones across all three markets.

As Millennials continue to age and make lifecycle purchases they’re likely to lean on mobile first with clear revenue implications. In addition the Millennial generation is about 11 million larger (and more diverse) than the Baby Boom. The current generation of teens is likely to be even more mobile-centric than Millennials.

While cross-platform marketing and attribution will remain important, the “PC era” is clearly over. With the exception of traditional e-commerce sales (excluding services and travel reservations) smartphones are becoming a much more important marketing platform.