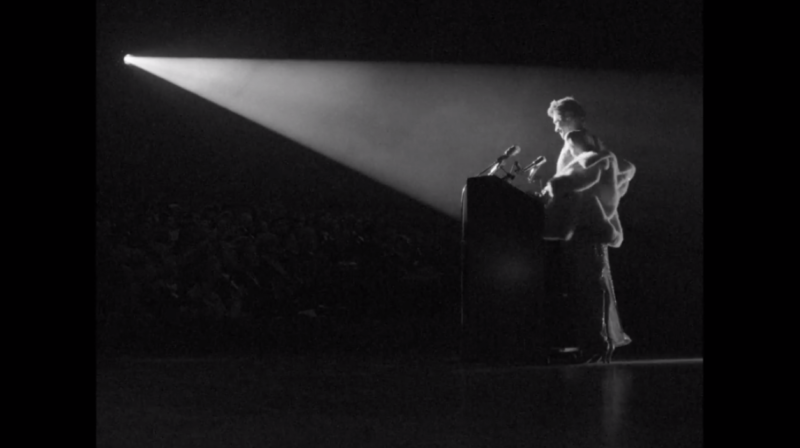 Filmed in black and white, the spot is a play on Marilyn Monroe’s famous rendition of the “Happy Birthday” song for President John F. Kennedy during his 45th birthday celebration at Madison Square Gardens.

Taking the stage in a long evening gown, heels, and a fur, the singer sounds a lot more like Harvey Fierstein than Marilyn Monroe.

“Since we’re kicking-off the ’50’ celebration of one of the world’s most iconic events it seemed only fitting to cast Marilyn Monroe,” says Snickers director Allison Miazga-Bedrick in a release announcing the teaser ad, “This is just a small glimpse of what America should expect from Snickers on Super Bowl Sunday.”

According to the announcement, the new Snickers commercial is the latest addition to its “You’re Not You When You’re Hungry” campaign. Produced by New York’s BBDO, Snickers official Super Bowl ad will air during the first quarter of the game.