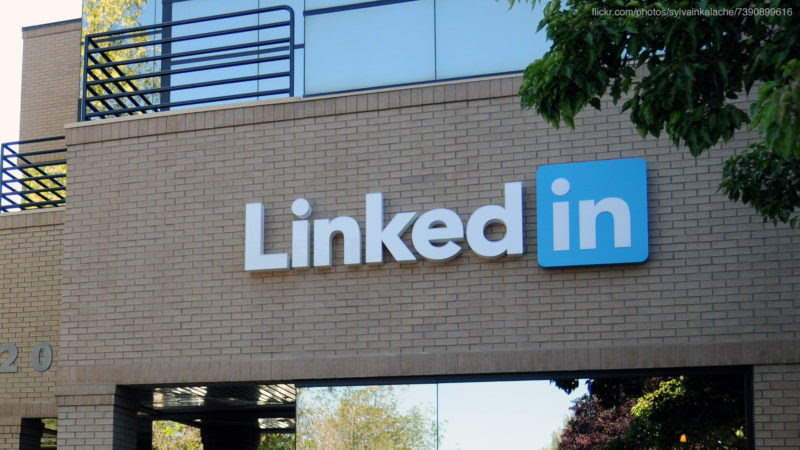 LinkedIn reported a strong fourth quarter of 2015 on Thursday, but its stock tumbled after the company told Wall Street to expect lower revenue for the start of 2016.

In Q4, LinkedIn says revenue was $862 million, a 34 percent increase compared to Q4 of 2014. For the full year, revenue was up 35 percent to $2.9 billion. The company’s Marketing Solutions division saw 28 percent annual growth, with the Sponsored Updates product driving more than 50 percent of that division’s revenue for the first time.

The company’s user base continued to grow, with overall membership passing 400 million for the first time — 414 million, to be precise, at the end of 2015. Monthly unique users grew seven percent. LinkedIn says mobile usage now accounts for 57 percent of all its traffic. 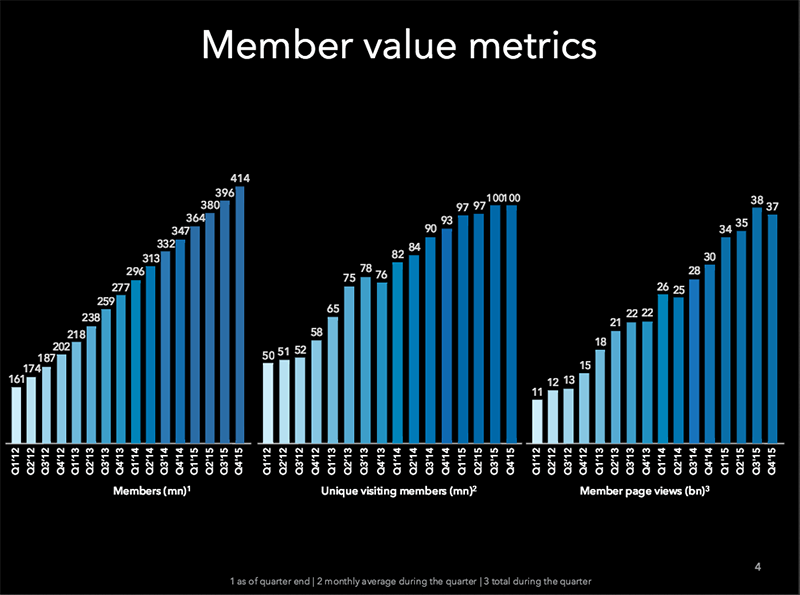 The company, though, lowered expectations for Q1 of 2016. LinkedIn says it expects revenue to be about $820 million with earnings-per-share of about 55 cents. Both of those numbers are below Wall Street’s expectations of $868 million in revenue and 75 cents earnings-per-share. That news has LinkedIn’s stock down 29 percent in after-hours trading.