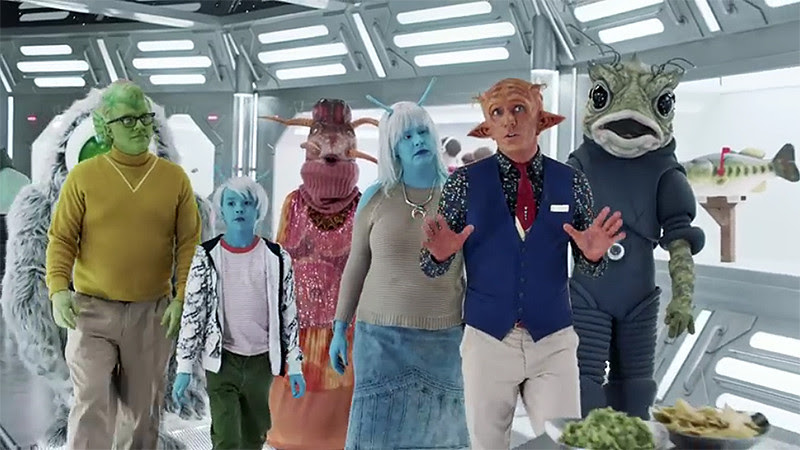 Twitter users love avocados. Or, at least they love the Super Bowl commercial and teaser video that Avocados From Mexico has already released. The hashtag that accompanies the ad campaign, #AvosInSpace, is far outpacing all of its competitors when it comes to buzz on Twitter.

According to the social media monitoring company Brandwatch, #AvosInSpace has been mentioned more than 33,000 times since the commercial’s debut. That’s about 50 percent more mentions than the second-place hashtag, #Pokemon20, with more than 22,000 mentions.

Earlier this week, we sent Brandwatch a list of 22 hashtags that Super Bowl advertisers have pre-announced, all taken from our ongoing Super Bowl 50 commercial/advertiser tracker. Brandwatch ran the hashtags through its monitoring software to chart how often each one has been mentioned on Twitter.

After #AvosInSpace and #Pokemon20, only one other hashtag — #RocketMortgage from Quicken Loans — has earned more than 10,000 mentions. The fourth and fifth most-tweeted hashtags so far are #DefyLabels (Mini) and #OLEDisHere (LG).

Not only is #AvosInSpace getting the most buzz, but it’s also positive buzz. Brandwatch tracked the mentions for positive or negative sentiments, and the avocado hashtag is practically all positive so far. Other Super Bowl advertiser hashtags scoring almost exclusively positive are #AddPizzazz (Kia), #EveryDropCounts (Colgate) and #GameDayStains (Persil ProClean).

On the flip side, #BudLightParty is drawing the most negative sentiment among the 22 hashtags we sent to Brandwatch, and Mountain Dew’s #PuppyMonkeyBaby isn’t far behind.

The Brandwatch data is backed up by Salesforce’s Big Game Tracker, a public-facing tool that shows social activity data surrounding the Super Bowl and its advertisers. According to that tool, Avocados From Mexico is the most mentioned advertiser so far and the #AvosInSpace hashtag is one of the largest showing in the word cloud of most mentioned ad-related hashtags.