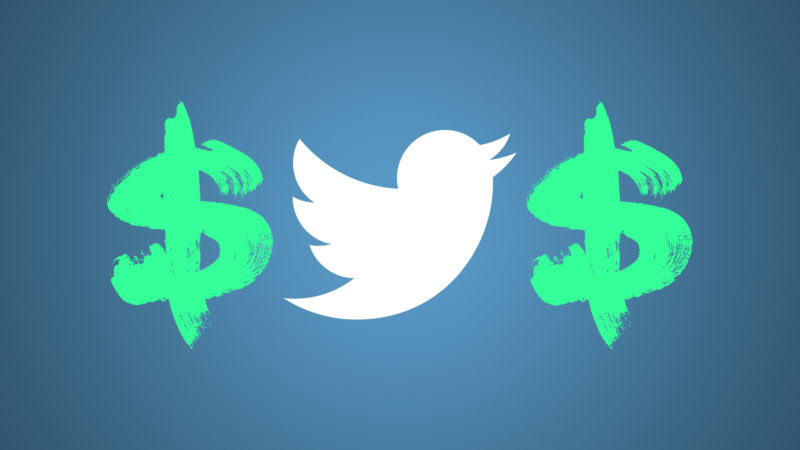 Do you want to accelerate the growth of your Twitter follower count?

Do you want to increase your organic reach on Twitter but find that the “best practices” and “top tips” that promise to deliver thousands of new followers really aren’t working?

Okay, I have a solution for you.

Here are 10 things you need to know so you can create ridiculously effective Twitter Followers campaigns.

No. Buy a cup of coffee instead.

What value do you get from having 250,000 followers if you’re getting anywhere from zero to three retweets from them? None.

Furthermore, it looks weird to have so many followers with very little engagement.

You want to buy real followers. Legitimate followers. Actual people who are interested in what you have to say, enough so that they want to follow and engage with you.

2. What Is A Followers Campaign?

Rather than buying fake followers, buy real followers. You can do so using a Twitter Followers campaign.

Twitter provides Followers campaigns as a way for you to grow your audience size in a smarter, more targeted way.

And away you go!

4. Who You Can Target

After you’ve created your campaign in Twitter Ads, you can target people by:

Further targeting options allow you to target influencers or people who have visited your website in the past, or you can use custom lists (e.g., a list of email addresses you’ve collected).

To be clear, when you use “Follower Targeting,” you aren’t buying anyone’s followers with a Twitter Followers campaign. You are targeting ads at certain people who are similar to a user or users you specify.

For example, let’s say you specify @mattmcgee as an account as part of your follower targeting. By doing this, you aren’t targeting Matt McGee’s followers, and you aren’t getting a list of those people.

What Twitter does is take it as a seed and then cast a much wider net to find people who are similar to those who are among Matt’s followers. Based on our internal data, that net is about 10X bigger — meaning only one in 10 people who follow us back as a result of our Follower campaign actually follow Matt; the other nine are all similar to his Twitter followers.

A Followers campaign is auction-based. You tell Twitter how much you’re willing to pay per new follower. (Note: Even though you’ll set a maximum bid, it usually costs substantially less.)

You can grab a bigger impression share if you’re willing to pay more. Lowering your bid means you’ll reach fewer people in your target audience.

Let’s look at an example:

My maximum bid was set at $0.50 per new follower. So why wasn’t I charged $111.50? Because my ad produced a one-percent follow rate; the expected follow rate is 0.1 percent.

Your cost per follower is inversely proportional to the follow rate. Get your engagement rate up, and your costs will go way down.

If someone clicks on a link that leads to your website, views your profile page, retweets you or engages with your promoted tweet in any other way, you don’t pay.

Again, Twitter Followers campaigns charge on a pay-per-follow basis, so you only pay when someone follows you. (Note: No, you don’t get a refund if one of your new Twitter followers subsequently unfollows you, unfortunately.)

Because the typical follow rate is 0.1 percent, that means 99.9 percent of the time your ads show, you pay nothing.

A Followers campaign drives so many forms of free engagement, it dramatically increases your return on investment.

7. Do: Ignore Some Of Twitter’s “Best Practices”

Nobody will follow you on Twitter because you ask them to or because you tell them you’re so smart or that your brand offers the most spectacular deals.

So what should you do?

Your tweet should have proven value (one that has generated tons of views or engagements). Maybe it includes an amazing visual, such as an infographic, or maybe it’s the best-performing tweet you’ve ever tweeted.

Show, don’t tell. People will follow you because you provide value, are useful, or are just cool, funny, entertaining or interesting.

For example, in my Followers campaign, I shared this funny article and specifically targeted SEOs because I thought they would enjoy it.

In fact, this story turned out to be the single most Facebook-shared story on Search Engine Land last year.

Be awesome. It’s that simple.

You can download a list of those followers and then add Twitter’s custom audiences to your Followers campaign.

How do you get such a list? One place you can check out is BirdSong Analytics. It’s not free — for example, it costs $72.97 if you want to target @MarketingLand’s followers with your Followers campaign.

After you have your list, take it to Twitter Ads and upload it. Now you can actually target the followers of whatever account you want. Wow!

Note: Once you have this list in your Audience Manager, you can use it to target future promoted tweets, as well, not just for use on Followers campaigns. You can target specific people rather than similar audiences. Generally, better ad targeting should raise your engagement rates and further lower cost per follower.

One of the challenges of buying followers is you’re going to get some bot followers. Twitter is like a dumping ground for spam bots. Some bots will just follow people based on the “who to follow” lists.

You’re paying for this stuff. You don’t want to pay for fake followers. That defeats the whole purpose!

Real followers have real benefits. Amassing real followers is what will increase your reach, engagement and influence on Twitter.

Once Twitter recognizes you as an influencer, you’ll reap even greater benefits, such as having your tweets curated by the platform (in search results, email digests and so on).

The value of Followers campaigns isn’t limited to the number of followers you gain. Because you’re only paying for followers, you will drive a ton of free ad impressions, clicks and retweets.