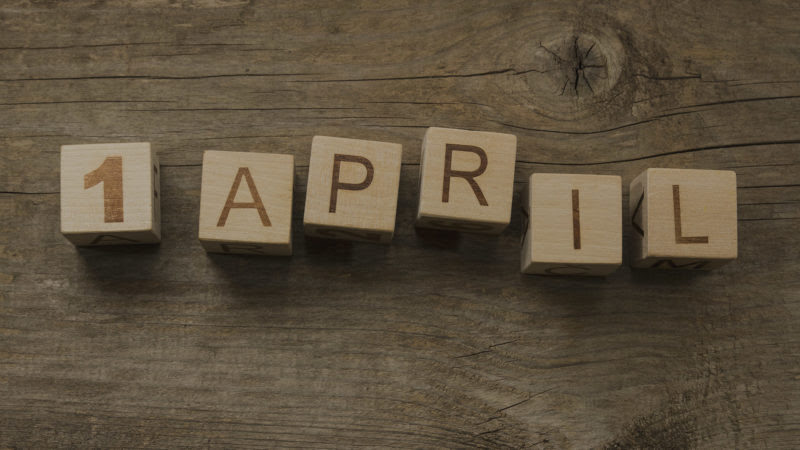 We haven’t quite crossed over to April 1, but being the over achievers they are, Google has already began releasing its April Fools’ Day gags.

You can see a rundown of April Fools’ announcements from Google – and others as I’m sure Google won’t be the only perpetrators of April Fools’ jokes – below. As more April Fools’ shenanigans happen, we’ll update this story to include whatever we find.

While the Google Maps pegman may or may not be dressed to disco, he definitely is sporting a beard and purple suit with retro butterfly-collars – a much cooler pegman for April Fools versus the square that usually shows up for Street View images. 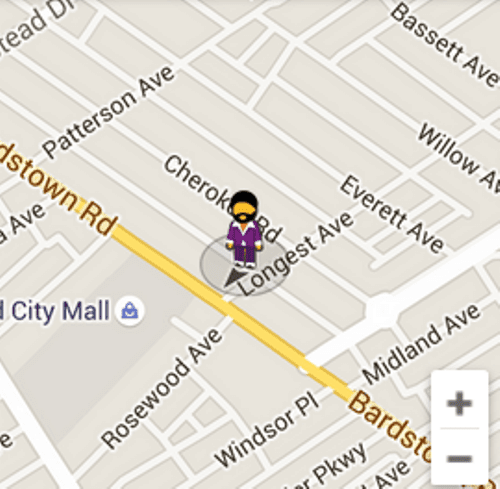 Google Japan went all out to develop the Flick bluetooth keyboard – a device that mimics the comfort of striking the keys on a PC keyboard that can be used on any surface.

“We thought again about the ‘Flick’ keyboard and realized it could be really useful. There’s just something missing when you’re swiping across a smooth flat screen,” says the narrator in the Google Flick YouTube video.

The Q&A portion of the announcement didn’t specify a release date, but did confirm it would be available in blue, red, black, white, and eventually “tea” colored.

“If you can’t find one sock, you can press the beacon on its pair and let the Google Search app on your phone pinpoint its whereabouts,” says the announcement on the Google Australia blog. 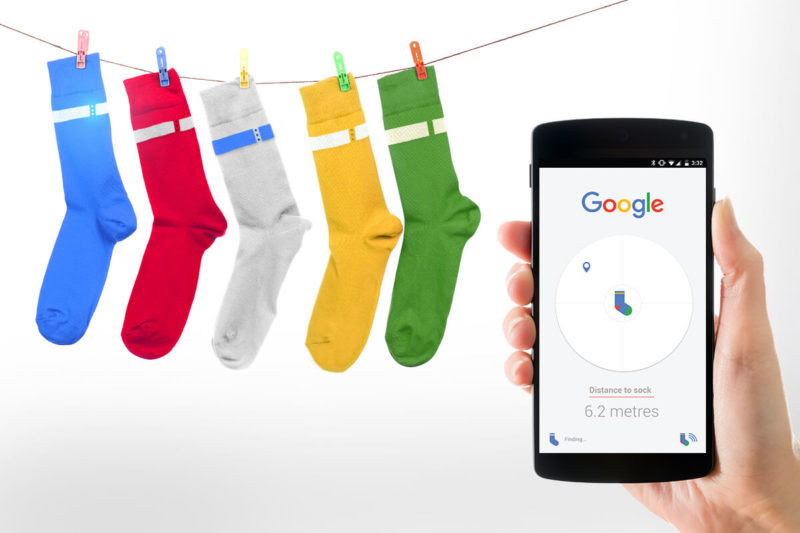 Gmail’s Mic Drop feature lets you have the last word in any email thread with just a click of the ‘Send + Mic Drop’ button.

According to the Gmail Blog, the new feature will respond for you and include a mic-dropping Minion gif to shut down the conversation.

“Everyone will get your message, but that’s the last you’ll ever hear about it. Yes, even if folks try to respond you won’t see it,” says Gmail – which really, would be a dream come true for anyone who has suffered through a never-ending email thread.

Instead of sending an automatic text response to an email, the Emoji Smart Reply will suggest the perfect tiny icon to translate whatever it is you want to say.

“In our testing, we’ve also found that emoji do a better job of plumbing the emotional depths of one’s soul, so we’re optimistic that today’s update will encourage more open and honest email conversations,” reads the announcement on the Gmail Blog.

Google confirmed, the more you use your emoji smart reply, the better it will get at choosing just the right emoji for you.