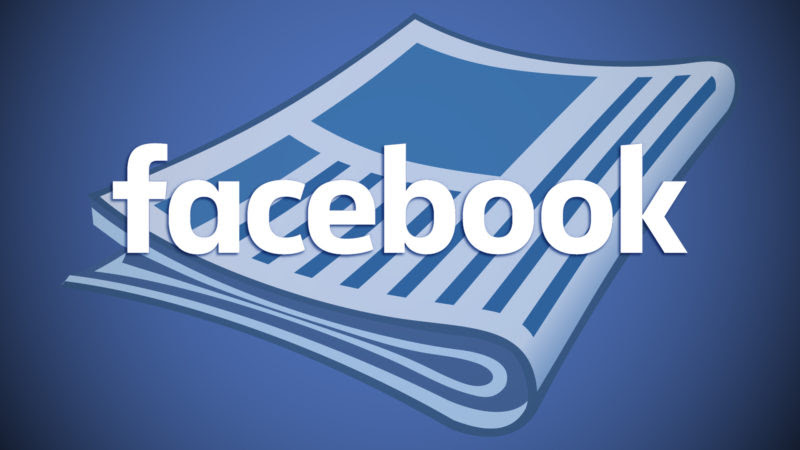 Facebook has started letting publishers include email sign-up forms in their Instant Articles. Digiday first reported the news earlier on Wednesday. Marketing Land came across an example of these forms when checking out an Instant Article on The New York Times’ Facebook page on Wednesday. 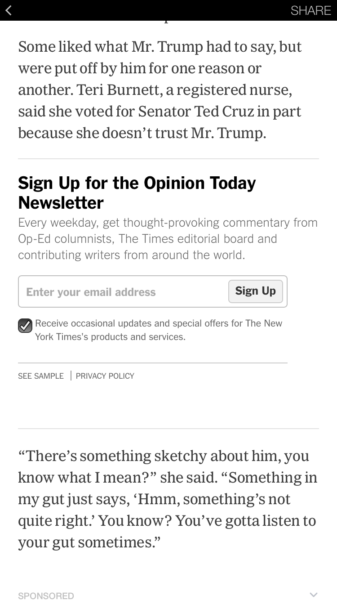 The email sign-ups appear to be a way for publishers to own some of the audience they’re borrowing from Facebook by hosting articles on the social network. They are also in keeping with the idea that Instant Articles — and social distribution in general — can be a form of marketing for publishers.

During that session, The Financial Times CEO John Ridding said that, while the newspaper puts most of its articles behind a paywall, it has also distributed some for free in order to get extra attention. For example, when the FT reported last month that former New York City Mayor Michael Bloomberg is considering entering the 2016 presidential race, it opened it up so that people on social networks like Facebook could read it without being blocked by the paper’s paywall. The traffic that article received outside of the FT’s site was 10 times bigger than what it received on the site, Mr. Ridding said.

That outside traffic is even more valuable if it can be brought inside in order to to turn those social readers into recurring ones that publishers can gather information about. That information and ability to identify an individual reader is a big boon for publishers looking to hang on to their audiences and increase their ad rates. And that seems to be the point of the email sign-up forms in Instant Articles.

While Facebook lets publishers collect some information about the number of people checking out their Instant Articles, publishers like the New York Times have no idea if someone who read an Instant Article is also a subscriber to its newspaper or what other articles that person has read. But if a publisher can get that person to sign up for an email newsletter, it has a better chance of getting that person to check out its articles even if they don’t appear prominently in their Facebook feeds or even to buy a subscription to the paper. And if that person does check out those emailed articles by going to the publisher’s site, the publisher can recognize that person, build a profile of the articles they read and maybe match it against other information — like a retailer’s loyalty member list — in order to tailor the ads it shows them and charge more for those better aimed ads.