Apple to introduce search ads to its App Store

In what seems like a stark contrast to Apple’s backing away from its longstanding mobile ad marketplace, iAd, the company will instead be getting back to the ad business, allowing app developers to pay for ads to appear on top of search results in the lucrative Apple App Store.

Taking note from both Google and Facebook, Apple is making many moves to make its ad offering more open and accessible than ever. 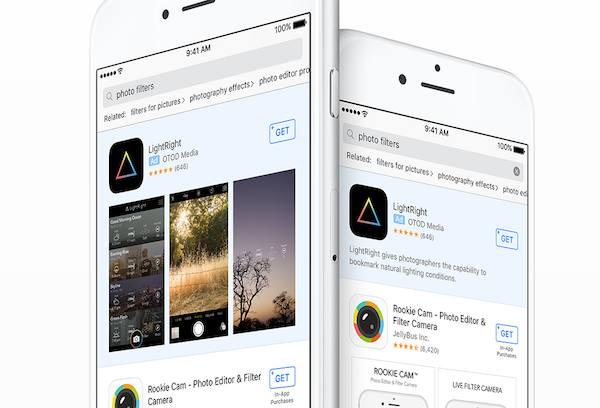 In the meantime, it is filling holes in its previous iterations of iAd, starting with a self-serve, second price auction-based platform with no initial minimum spends.

Apple’s plan to open up APIs for campaign creation, management, and reporting shows how the tech giant is serious about giving advertisers the tools to make a more automated and simple manual process.

Another smart move to create efficiency is Apple’s Search Match feature, which is similar to Google AdWords Universal App Campaigns in allowing an advertiser who is either more novice or strapped for time to set up a basic campaign in fewer steps.

Basic features such as age, gender, location and OS targeting are available, but they will still be much more limited than Google, Facebook and even Twitter’s capabilities. 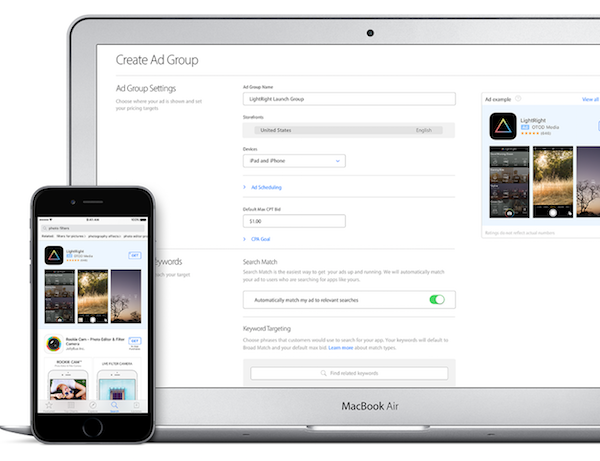 Apple’s offering also include two areas that seem more limited than others: creative use and data measurement.

It seems like Apple will initially limit creative use to the assets that are already approved within the App Store. This will handcuff advertisers who are used to developing, testing and driving optimizations through custom designed creative ad iterations.

Apple’s stance to keep tight controls over its user data, however, is not surprising.

Although the company is allowing advertisers to track “clusters of users” by implementing “a few lines of code,” it is unclear if Apple will be partnering with standard third-party app attribution companies, such as TUNE, AppsFlyer and Adjust that would offer more sophisticated ad tracking to an individual user level.

Nevertheless, App marketers will now be able to fully capture search intent in both major app stores and promote their apps across both iOS and Android systems.

Though Apple Search ads will not officially launch until the fall, brands and marketers should immediately opt-in for the beta from Apple’s developer portal given participation is free and free downloads can be garnered now.

Along with Google’s announcements of updates to Google Adwords’ new features a few weeks ago, advertisers should also actively assign their agency partners to develop a smart App Store search strategy that takes advantage of all that both Google and Apple has to offer.

Tim Villanueva is the Head of Media Partnerships at Fetch and a contributor to Search Engine Watch.