The Nasdaq stock exchange can now locate influencers through its press release operation.

The New York City-based company has launched Nasdaq Influencers, which allows marketers to find the most prominent bloggers and social media figures in a specific topic.

For instance, Nasdaq Head of Public Relations Services Mike Piispanen told me, a car company with a new all-electric model might want to find online bloggers who specialize in green energy to write about its new announcement. The new Influencers feature is integrated with GlobeNewswire, Nasdaq’s press release distribution service.

The influencer search and analytics, he said, utilizes the technology that news service Marketwired had built and initially launched, but “they became distracted by the fact that we bought them” in February.

Nasdaq Influencers searches social data aggregated from Nasdaq’s social platform partners — Traackr, Trendspottr, and Sysomos. The results show the top influencers in a given topic, scored by reach (number of followers), resonance (number of shares), and relevance (to a given topic). The marketer, however, has to contact the influencer on her own.

There is no shortage of social management and social influencer platforms that can deliver similar results, including Cision and Nasdaq’s three social platform partners. But Piispanen pointed to Nasdaq’s unique collection of resources “under one roof,” including news release distribution, investor relations, analytics, board of director resources, and financial data. 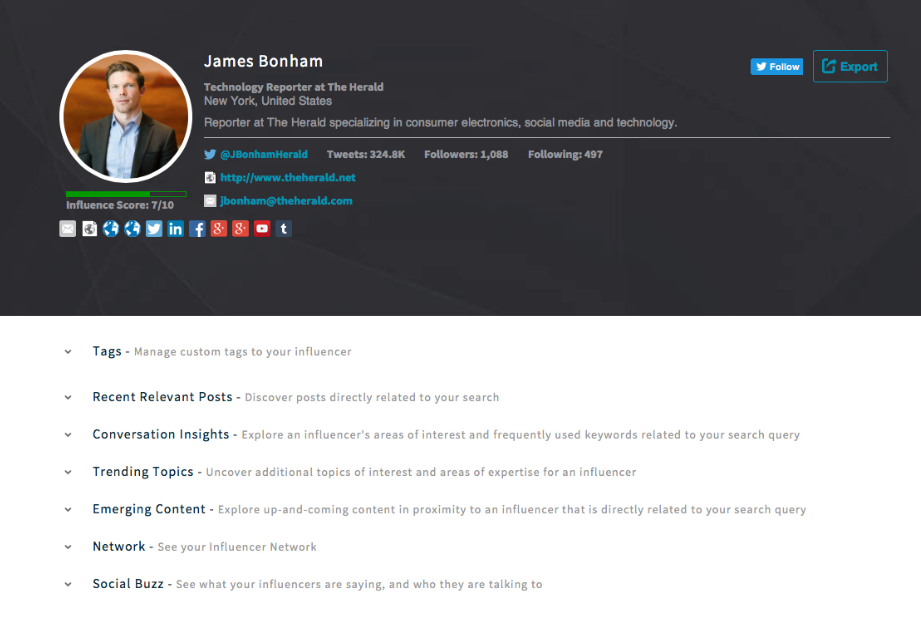