New products from a Kracow, Poland-based international company give a glimpse of where beacons could be heading.

The products from Kontakt.io — three hardware, one software — set up a beacon ecosystem that:

Previously, Kontakt Beacon Ambassador Marcin Kasz told me, the company’s product line consisted of a couple of beacon models plus supporting professional services. Here’s the new product lineup, the first three of which are hardware: 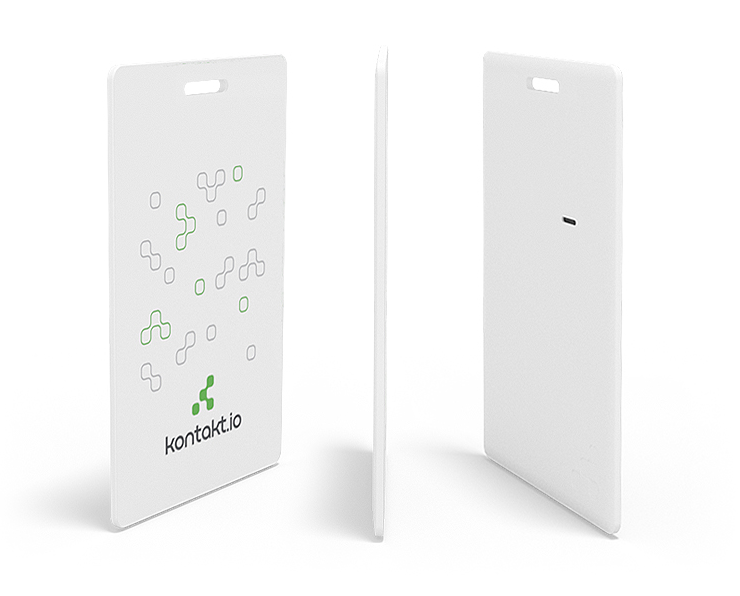 The Card Beacon and Beacon Pro support both iBeacon and Eddystone standards. The Eddystone standard from Google means that a user doesn’t need an app to interact with a browser, but can do so with a Eddystone-compatible mobile web browsers, like Chrome. This browser can automatically see a web link being transmitted by the beacon, doing away with the app install hurdle.

Kasz points to several uniquenesses in the new product releases, helping it to differentiate itself from competitors like Bluvision. In addition to the thinnest-beacon-on-a-card, these include the availability of NFC and RFID and a “simple SDK” that needs to insert only one line of code into an app to make it compatible with Kontakt beacons.

But it’s the suite of interactive technologies — including NFC, RFID, sensors, long battery life, USB communication to beacons, beacon management through a Gateway, IFTTT, lightweight beacons, and triggers — that indicate a new wave of use cases for this technology. Instead of ceiling-based beacons, think of Tile’s personal beacons, but with more utility.

Kasz points to a recent assessment by ABI Research that paints a bright future for beacons far beyond its customary role as a location pinger from a retailer’s ceiling:

Instead of a beacon parked in the ceiling of some megastore, dully sending out its location signal, the Kontakt ecosystem — especially when Card Beacons drop in price to pennies, as they are likely to do — suggests use cases that create fully interactive systems in stadiums, factories, or streets as well as in stores, and that far exceed the rudimentary visions of geofencing, NFC, and RFID.