I want to be up-front about something: I’m a CMO who hates marketing.

Sure, I’m exaggerating. But only to a point: as the marketing lead of a company that sells primarily to developers and other technical practitioners, I’ve learned to be really and truly skeptical of some of the “conventional wisdom” about B2B marketing.

Some of that wisdom still holds in my situation. But a lot of it doesn’t; not because it was never valid, but because conditions have shifted profoundly when it comes to marketing to developers.

Don’t get me wrong: when companies like mine are selling enterprise solutions, we’ll certainly leverage aspects of the B2B model that get results. But there’s no denying that something’s changed in the business of selling technology over the past decade. And it has everything to do with developers — and how they discover, evaluate and deploy solutions to their technical and business challenges.

Not coincidentally, that change has coincided with the rise of the cloud and APIs (that’s “application programming interfaces,” though we hardly need to spell it out anymore) as the primary means companies, big and small alike, utilize software and technology.

An explosion of API options

Several years ago, internet development pioneer Marc Andreessen quipped about how “software is eating the world.” The cloud gave every kind of enterprise the ability to employ a lot of the same platform solutions as the biggest competitors. The access to and scalability of cloud-based systems has caused a real sea change, in just a few years, in how businesses leverage software. As business pundit Steve Denning has pointed out, it’s caused every company to act like a software company nowadays: how they adopt, adapt and manage software is central to their ability to compete.

But if the cloud is a conceptual architecture, then APIs are the tools developers are able to use to bring software-as-a-service (SaaS) capabilities down to concrete reality. APIs are nothing new; they’ve always been a fundamental part of developing for a specific platform, like Microsoft Windows or POSIX.

And latter-day APIs offered by pioneering cloud providers, from Salesforce to Google, extended that concept by leveraging the ubiquity of the internet itself as the common integration platform. It made all manner of business processes accessible to developers without requiring a heavy-weight, on-premises implementation. And, for this next generation of platform providers, internet-accessible APIs were a great way of creating developer reliance on those platforms.

But developers have been through this sort of platform dependency before and understandably chafe at the notion of being boxed into one provider’s approach. So it’s no surprise how they’ve driven the explosive recent growth of third-party APIs. They’ve embraced the latitude to shop from among thousands of specialized APIs enabling everything from site search (Algolia) to home automation and monitoring (Z-Wave) to email delivery (why my company does business).

Here’s a growth profile to keep in mind: In 2010, there were slightly over 2,000 APIs publicly available in the cloud. Today, some analysts estimate that number has skyrocketed at an amazing rate; API development platform Apiary says it alone has over 130,000 APIs registered. 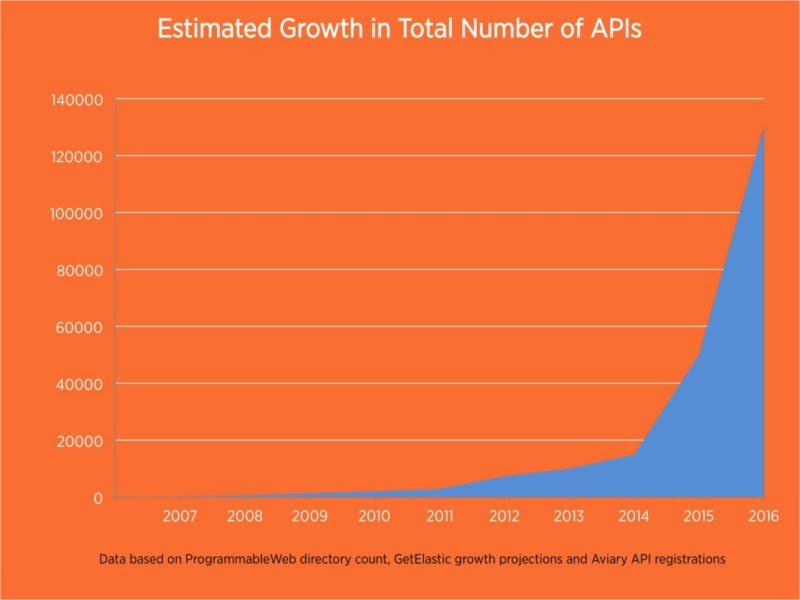 Imagine what that landscape will look like as wearables and the Internet of Things (IoT) really take hold.

So, if you’re trying to market your product to developers, what’s the current lay of the land? Developers refuse to be limited to single platform solutions, understand the inefficiencies of home-grown development and know there are third-party APIs galore to choose from to meet their needs. That’s a pretty good picture of a buyer’s market.

How do you survive the shift?

From the standpoint of somebody selling technology, developer empowerment presents both key opportunities and serious challenges, thanks to all these very rapid changes. Developers spread throughout an entire enterprise often have the leeway to be choosy about the solutions they need to get their work done, and they might do so on a practically individual or unit-by-unit basis.

That’s in stark contrast to older models of technology sales, where IT sales were typically top-down endeavors with clear gatekeepers, and developers often were given very little choice about which technology they could use.

What does this power shift mean from a practical perspective? It obviously represents more competition for the marketer, and it changes the dynamic of whom you’re addressing and how you’re engaging with them.

If you’re marketing to developers in this new context, what are the keys to surviving or, better yet, thriving? In my experience, there are several strategies for success to keep in mind: