Marketing platform Marketo is jumping into Account-Based Marketing (ABM) with both feet today, unveiling what it says is the most comprehensive set of native functions on a major marketing platform.

The new Marketo ABM allows marketers to target accounts, and decision-makers within those accounts, via personalized messages in emails, web, events, social media, mobile, and ads on Google, Facebook, and LinkedIn. The San Mateo, California-based company announced back in May that it intended to integrate ABM more tightly into its platform within the next few months.

“We’re not claiming we’re providing all of [needed] ABM capabilities,” vice president of product marketing Mike Telem told me, adding that the platform probably offers 90 percent or more of what an ABM marketer might need at the beginning. If the marketer wants data enrichment solutions, for instance, they can add Dunn & Bradstreet. 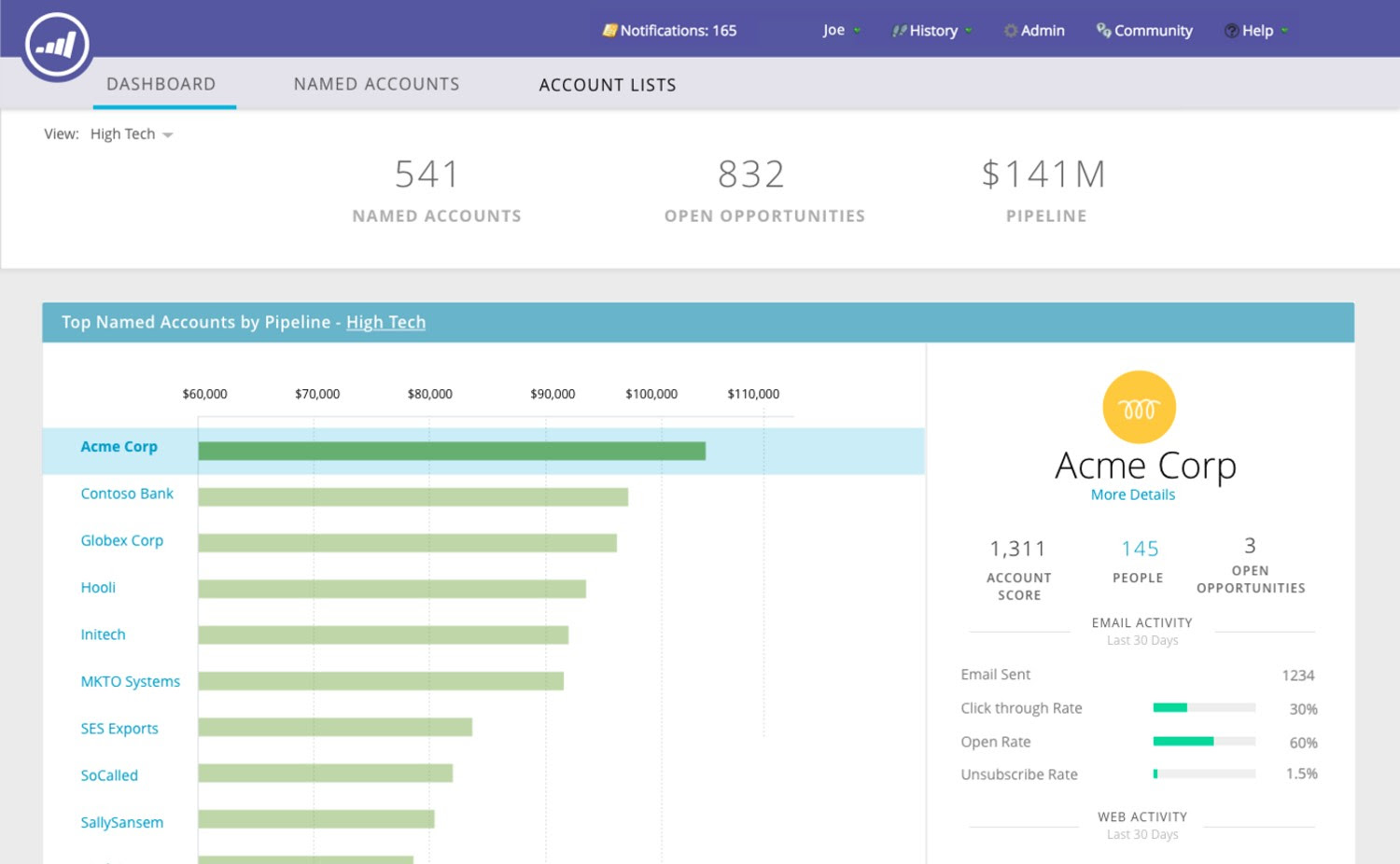 Telem noted that, previously, Marketo offered its Web ABM, built on its acquisition in 2013 of Insightera. It was originally intended to be part of its real-time web personalization capabilities but became a separate product. WebABM, he said, was limited to web sites although it offered some ad capabilities, and was “the equivalent of [ABM marketer] Demandbase.”

By contrast, he said, the new ABM native capabilities were built “from the ground up,” and Web ABM has now become its web channel.

New functions include targeting and messaging by account, engaging decision makers across channels, and measuring impact by account.

Previously, he said, Marketo couldn’t orchestrate a cross-channel campaign for accounts, and didn’t have the ability to link a person to an account automatically. That linkage is now made via domain names, IP matching, location, and other attributes.

Marketo is also treating accounts as an object in its system so that account can be scored as a lead might, based on engagement, profile, and other factors. Predictive scoring can be added via integration with an outside provider.

Treating an account as an object, he said, is typically in ABM-oriented point solutions, but not in Marketo’s major marketing platform competitors. It permits an account dimension, so that attributes and data can be added and exported as an account.

Among major competitors, Telem noted that Oracle’s Eloqua offers ABM capabilities largely through an integration with DemandBase, and Salesforce’s Pardot “doesn’t have that much ABM.”

“DemandBase plus Eloqua is a decent comparison to what we’re doing,” he said, except Marketo’s is offered natively so that, for instance, cross-channel campaigns don’t require a lot of outside integration.

I asked Telem why ABM has become such a hot area in recent months. He replied that, partly, it was because the technology has evolved to the point where ABM can be better managed. But, he added, it’s also because marketers have “gotten good at marketing at scale,” and the analytics are showing that account-orientation offers a new level of opportunities.