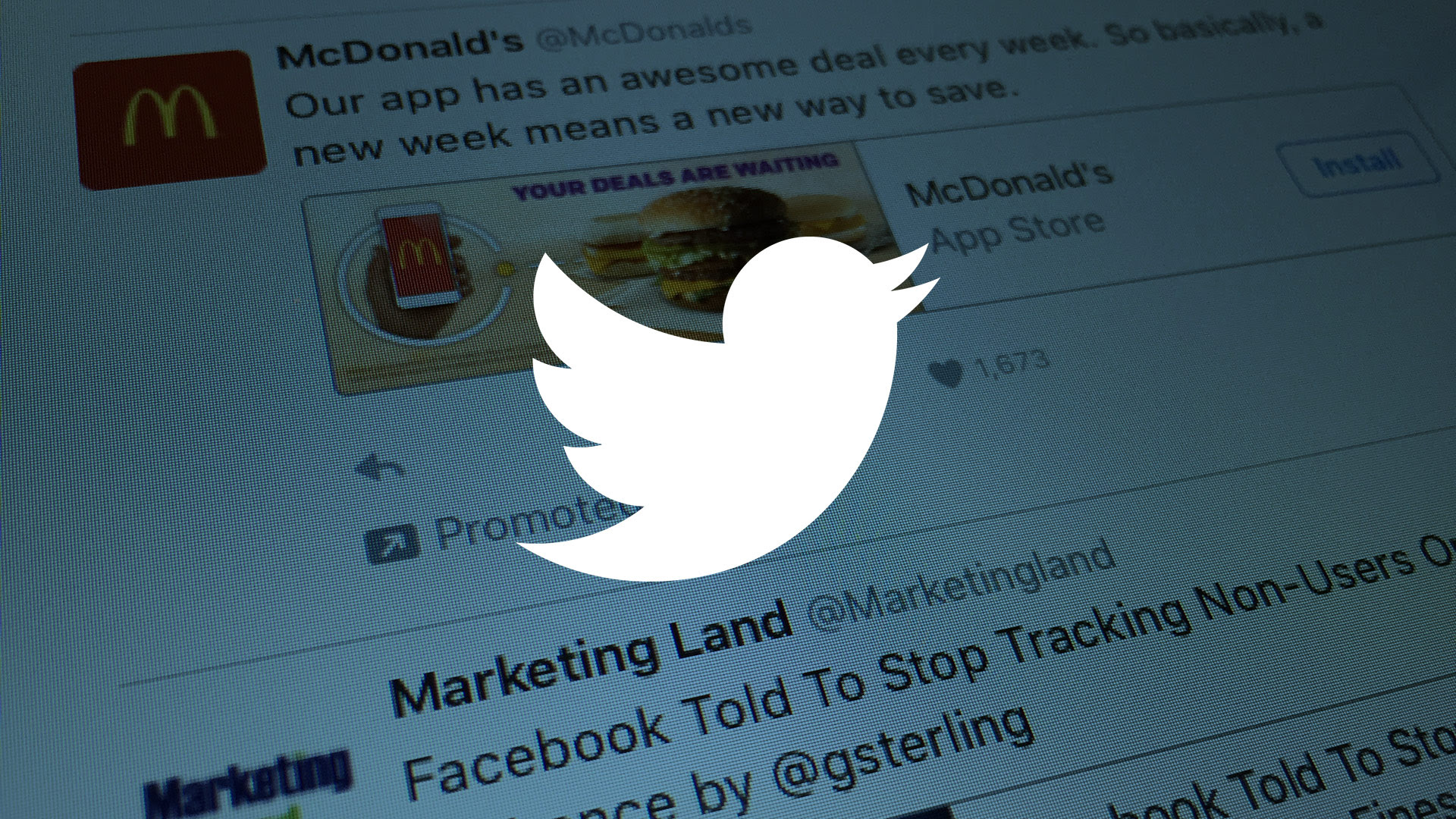 Starting today — four months after announcing it would do so — Twitter will no longer count photos, videos, polls and quoted tweets against the 140-character limit for normal tweets. Promoted Tweets are a different story.

Any photos, videos, polls and quoted tweets included Promoted Tweets created using Twitter’s ad dashboard will still count against the 140-character limit, but there is a loophole: if a brand posts a tweet organically first and then runs it as a Promoted Tweet, those media attachments won’t count, giving the brand more room for text in its ad.

But even in organic tweets, people, including brands and publishers, won’t be able to overload their tweets with an unlimited number of photos and videos. According to Twitter’s updated developer documentation, tweets are still limited to four photos or 1 GIF or 1 video.

It’s worth noting what still counts against the 140-character limit (at least for now): user names in replies, links and hashtags.

User names in replies probably won’t count against the 140-character limit for long. Twitter is already testing their immunity — which removes the user names from the text of the tweet — but it will only apply when someone clicks the button to reply to a tweet. If you’re starting a fresh tweet with someone’s Twitter user name, that will be considered a normal, non-reply tweet and the user name will count against the 140-character limit.

The continued counting of links could be Twitter’s way of rewarding content likes photos and videos that live on Twitter, like Facebook’s new feed algorithm indirectly prioritizing native videos over YouTube links, in order to make content native to Twitter as popular as links to content outside of Twitter. Or maybe Twitter doesn’t want people slash spam bots abusing the relaxed character limit by posting affiliate link-heavy tweets. Or, since links typically appear as characters in tweets and photos/videos/polls/quoted tweets don’t, Twitter thinks it’s a good idea to count those displayed characters as characters. Or all of the above.

Hashtags also still count against the 140-character limit, likely to dissuade people from hijacking hashtags in order to get more attention for their tweets.

The Verge had reported last week that the change would take effect today.