How to combine AdWords with Outbrain without cannibalizing their effectiveness

How different parts of the funnel can specifically incorporate two different channels – AdWords and Outbrain – while avoiding cannibalization.

There may be a portion of digital marketing professionals who remember a time when the number of channels were limited. Today though, there’s many more channels than we really need, and each channel has a number of different options.

Although an omni-channel campaign will have one major objective, not every channel can be used in the same way, hence they need to be aligned so that they’re playing to their own strengths.

There is a temptation to judge everything on the same metrics, but to do that will mean ignoring the nuances of each channel and removing any of those aforementioned strengths.

AdWords and Outbrain: differences and similarities

Let’s take AdWords and Outbrain as examples. These are often seen as competing channels, even though they exist in distinctly different guises. It’s a dangerous thing to run them both with the same expectations on what they’re going to deliver at the end. The thing that can help you is to remember how they actually execute and target end users.

AdWords is predominantly about capitalising on a user’s search intent. Your ads will appear just when a user is really looking for your products or services, and that is the perfect time to strike. 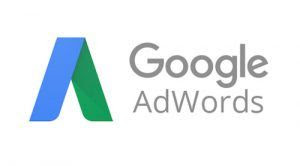 Outbrain is based around matching content by similar context. 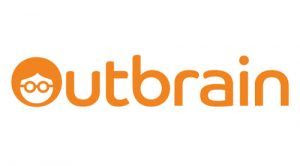 The belief here is that if a user is already reading or consuming content on a certain subject, they’ll be interested in getting more of the same from another source. Clearly then, these two channels are very distinct in both their visuals, and targeting methods.

The next step will be to understand how users interact with them, because that will tell you at what stage of the sales funnel they’re most likely to be used at.

Whereas an AdWords practitioner can be reasonably confident about interpreting search query intent, an Outbrain optimiser is dealing with a bit more uncertainty.

As a result, you might want to assign Outbrain higher up the funnel than AdWords, where it can get broader reach and use the content to help nurture leads. AdWords, on the other hand, can be used towards the sharper end, as we can be surer of its users’ intents.

So now that we’ve understood the way they work, who they target and established their purposes, we can begin thinking about how these get measured. This is important, as it’s ultimately the part that enables us to judge whether or not they’re doing a good job.

For AdWords, the most sensible way to proceed would be to track final conversions. This could be shopping basket checkouts, newsletter registrations or ticket sales, whatever it is, it’s the final action that you want your users to take and round things off. It makes sense because there are definitely instances where a final search engine query leads to the end.

As for Outbrain, because it’s being used as a firehose to fill the funnel, its measurement metric needs to be a bit more abstract. In cases such as this, you need to ask questions as to how you measure the quality of the traffic.

It might be reducing the bounce rate percentage, or gauging it via the number of pageviews generated per session. An even better way would be to see how many instances Outbrain was responsible for starting, and then seeing how readily they turn into repeat visits.

By setting an objective in this manner, you’ll be able to tie the channel to its strength of building brand presence through compelling content, rather than judging it on hard and fast conversions that it isn’t built to do.

This is exactly the approach that we used for a client that was looking to drive registrations to their security event. As they had produced a lot of high quality blog content, it was used with Outbrain to deliver a high volume of users who had discovered it contextually.

It gave us a pool of users who we were confident would be interested in attending the event. AdWords was then used to specifically target those readers the next time they carried out another relevant search about the same issues and we were able to pick them off with highly targeted messages.

Obviously this is just one small example of how to integrate two distinct channels into one campaign. The same thought process can be applied to any number of channels, so long as you follow these takeaway pieces of advice:

Mun Yin Liu is Digital Media Director at Text100 and a contributor to SEW.