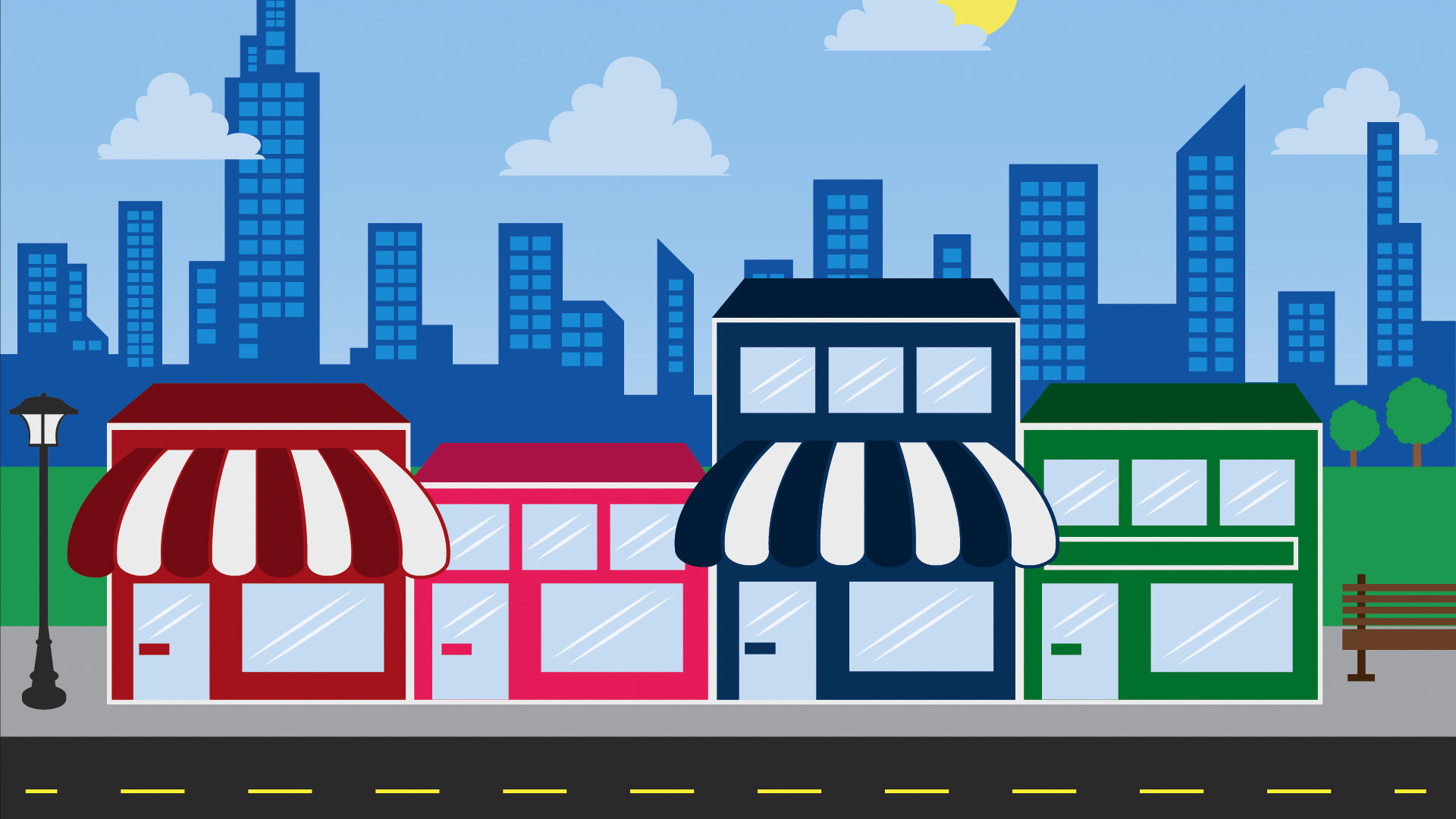 Largely thanks to display ads, social media, your mobile phone and so on, local marketing is no longer a fragmented, piecemeal space. But while many local SMBs (small and medium-sized businesses) are moving to automated marketing platforms, some of their national counterparts are slowly and surely building market share via scaled grassroots marketing.

These national brands are using local sponsorships and partnerships as a way to court customers where they are. Rather than approaching local customers with a generic ad from Columbus to Catalina, these companies are sponsoring the t-shirts for your kid’s Little League team, and they’re donating to music schools and local breast cancer support groups.

And they’re seeing returns, in market share, company culture and support in the face of scandal — as in big-bank-in-hot-water kind of scandal.

But that comes later.

Let’s start with the pacers.

Before the mid-2000s, only the most elite marathon participants paced themselves for the entire 26.2 miles. Often, jittery runners started out too fast on race day, then puttered out after a few miles. Clif Bar sponsor teams noticed this trend, so they paid experienced runners to serve as branded pacers at marathons across the US.

These pacers dress in Clif Bar swag and give race participants friendly conversation and group cheers, plus a steady pace to match for their goal time. The service is completely free, save the cost of being bucketed as a potential customer. 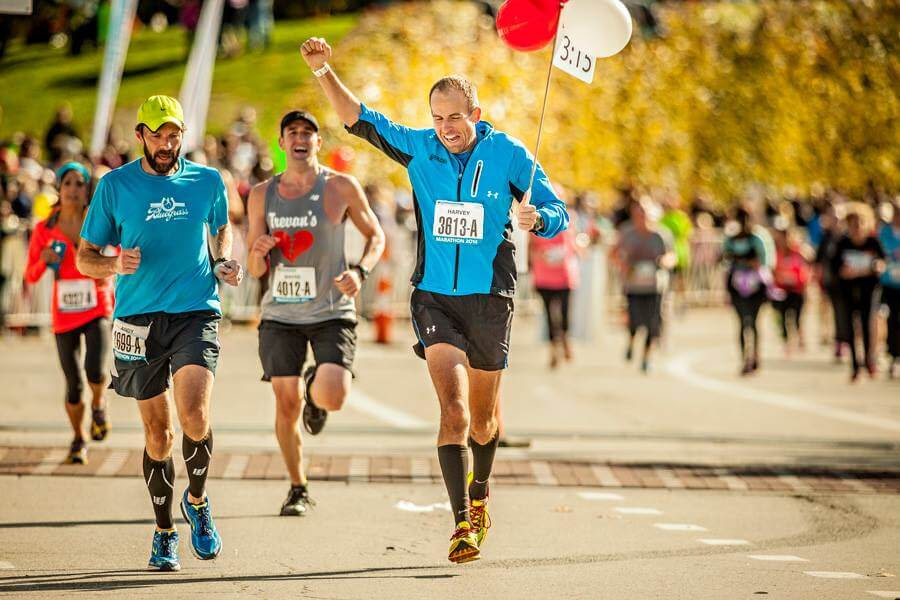 Clif Pacers at the Columbus Marathon, courtesy of the Clif Bar Facebook page

In the fall of 2010, Michelle Ferguson, executive VP of Food & Innovation at Clif Bar, spoke to a business school audience on the role of the consumer in brand building. She explained how her employer made a name for itself in the sports nutrition industry, with grassroots marketing as a bedrock of its outreach strategy.

Ferguson cited marathon pacers and other Clif Bar-sponsored race treats, such as dance parties at mile 21 of long races, as examples of their customer-facing strategy. She said:

The premise for our marketing is centered around grassroots marketing, or building consumer relationships. Realizing that in every interaction we have a consumer, we have the chance for that person to become an advocate, a friend, a supporter, [reach] someone who is upset with us, as well, and also have a chance for us to learn something.

Six years later, Clif Bar remains among the top 10 US-based companies whose online footprint reflects active sponsorship of local organizations, and it’s the only business on this list that isn’t in the Fortune 500. 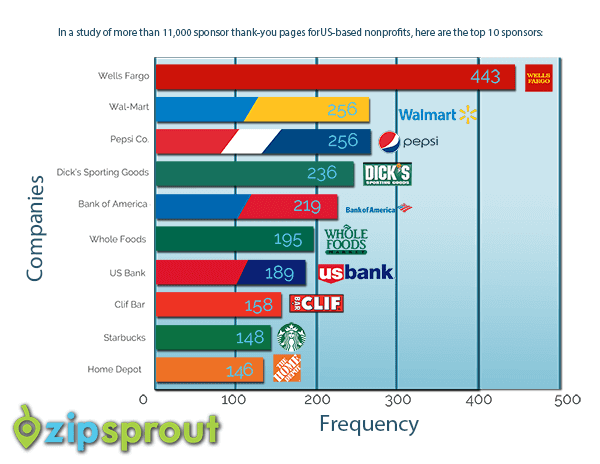 But Ferguson credited Clif Bar’s grassroots strategy with more than outward-facing marketing. She explained that it also provided a culture of customer listening, via IRL (In Real Life) interactions. For example, through customer service and field marketing, Clif Bar learned that women wanted a lower-calorie version of the standard Clif Bar, which led to the creation of the Luna bar and brand.

Dick’s Sporting Goods, another national business named as a top 10 local donor, is also succeeding in many communities where its former competitor, Sports Authority, failed. Sports Authority announced the closing of all remaining stores in May 2016, and while there were many reasons for its demise, including large amounts of debt, some industry experts pointed to the company’s inability to distinguish itself as a brand as a factor.

Meanwhile, Dick’s Sporting Goods employs many community marketing managers who work to dole out funds to youth sports teams in their area. In another move to scale local sponsorships, Dick’s partnered with Donors Choose, the crowdfunding-for-classrooms nonprofit, to help fund sports teams that were using the platform to raise funds, and the retailer has pledged $25 million in donations.

But is local giving a marketing strategy, or simply a “nice thing to do” with profits? Did Dick’s Sporting Goods’ support of local communities take potential customers from Sports Authority stores? Did Clif Bar increase their market share due to swag at marathons and secret handshakes?

The ROI on hyperlocal sponsorships is harder to pin down than with PPC ads, but brands have found ways to include metrics and measure results in sponsorships strategies.

I spoke with Christopher Danz, Marketing Metro Team Leader of Whole Foods in Durham, N.C., who joined the organic grocery retailer from Microsoft. For local opportunities that fit the brand’s mission, such as healthy eating events, they’re pretty liberal with donations, Danz said. But for others, he uses internal models to distribute funds:

There are two of us that handle the requests for all five, soon to be six, stores in the Triangle [region]. Without a formula, it would be hard to know what to do with a request. To make the most impartial judgment you can make, you need formulas.

And beyond direct ROI, for brands who give, the loyalty of grateful customers has proven a worthy investment. Wells Fargo, for example, tops our hyperlocal giving list, as each branch is given $1,000 to donate locally as its employees choose. 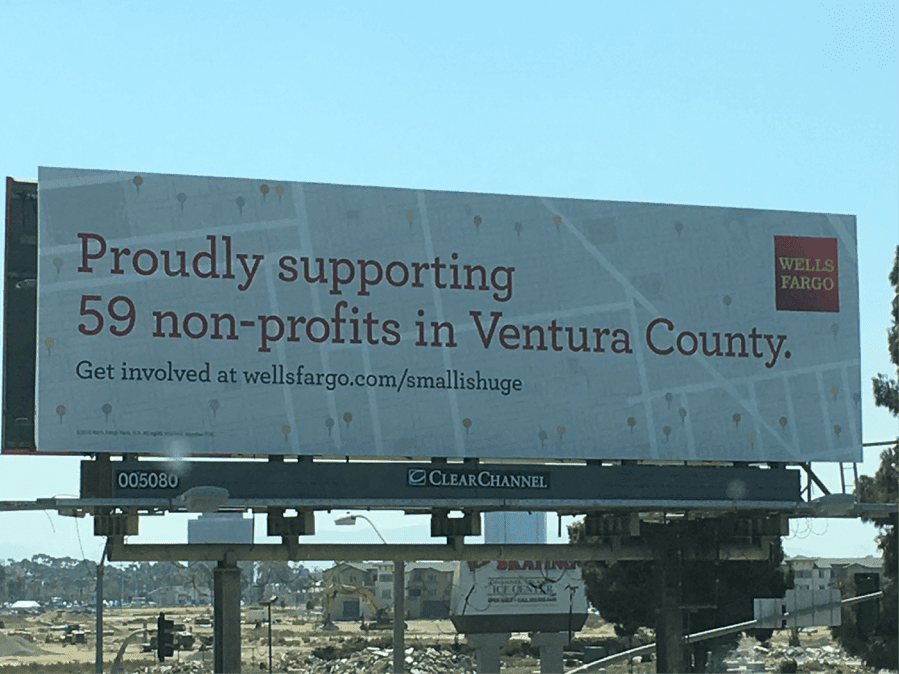 The Wells Fargo marketing team developed a strategy of creating billboards in cities where they sponsor many local nonprofits.

I spoke with three regional Wells Fargo marketing managers on the effects of that program.

For many brands, “mission” and customer acquisition are intertwined. If a community’s youth are taught the importance of saving, logic follows that they’ll open an account with the bank that started the conversation. If a city’s high schools are able to continue sports teams, the players will need to shop for gear. And if a company finds itself immersed in bad press, its benefactors may remain allies.

Josh Dunn, VP and corporate communications manager at Wells Fargo, said that the brand’s investment in nonprofits has given some news outlets a different Wells Fargo-based story to cover.

Specifically, Dunn pointed to a recent ad run by United Way in USA Today in support of Wells Fargo. Wells Fargo took their sponsorships a step further by launching an advertising campaign in communities where they support local nonprofits.

“In the current environment Wells Fargo is in, we’ve gotten incredible support from the nonprofits and organizations we’ve worked with,” he said. “They’ve seen what’s gone on in the news. And they’ve really stood up for us, saying that’s not the Wells Fargo they know.”