Top smartphone apps of 2016: Google and Facebook control 8 out of the top 10 slots 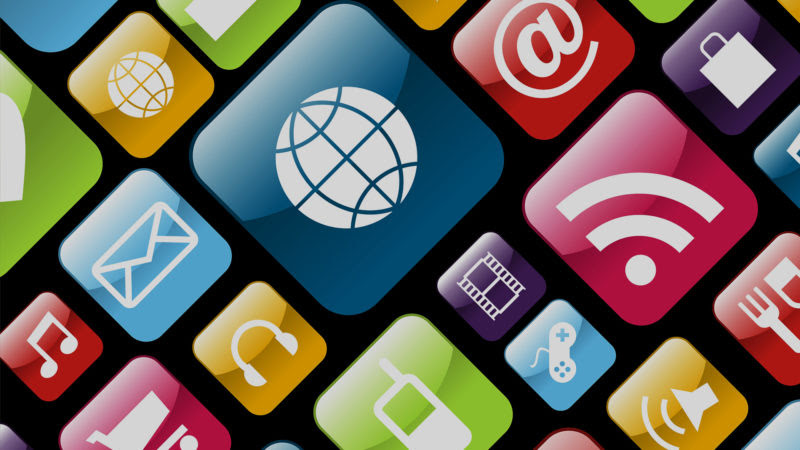 One of many top year-end lists now coming out, Nielsen released its ranking of the the top smartphone apps of 2016. Encompassing both platforms, Nielsen shows Facebook with top two spots (and Instagram farther down), followed by five Google apps.

Apple Music and Amazon round out the top 10. The apps with the strongest year-over-year audience growth were Amazon and Instagram, according to Nielsen. 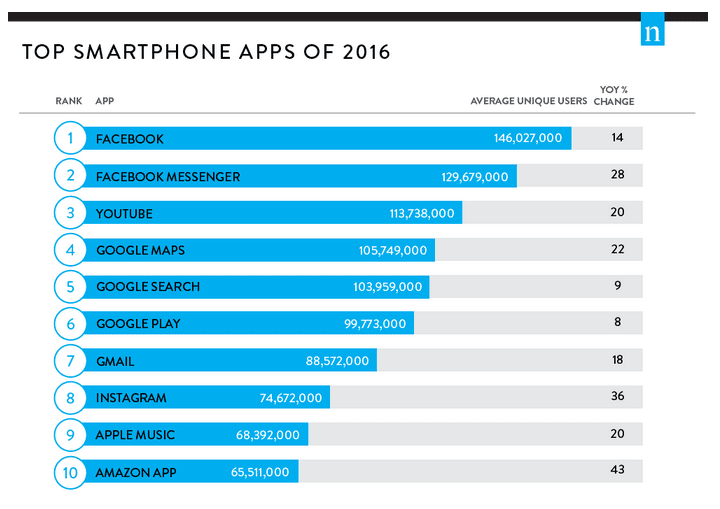 Both lists are extrapolated from panels of opt-in smartphone users. 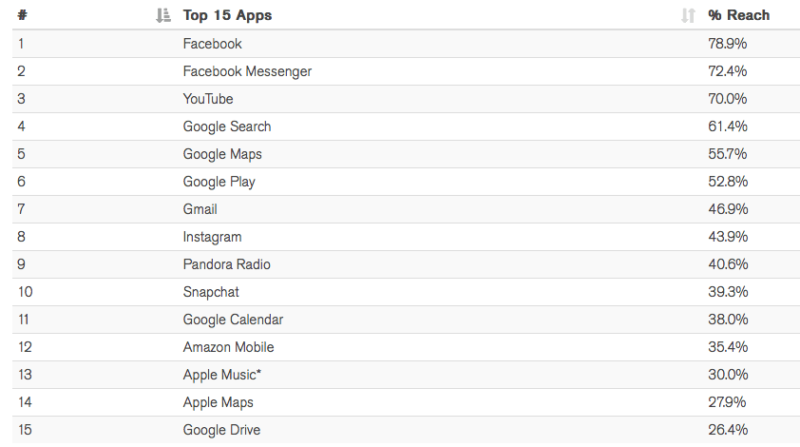 Both measurement companies also have data on the relative shares of smartphone operating systems. Both sets of numbers are for the US market. They’re close but not identical, with Nielsen showing a smaller gap between Android and the iPhone.