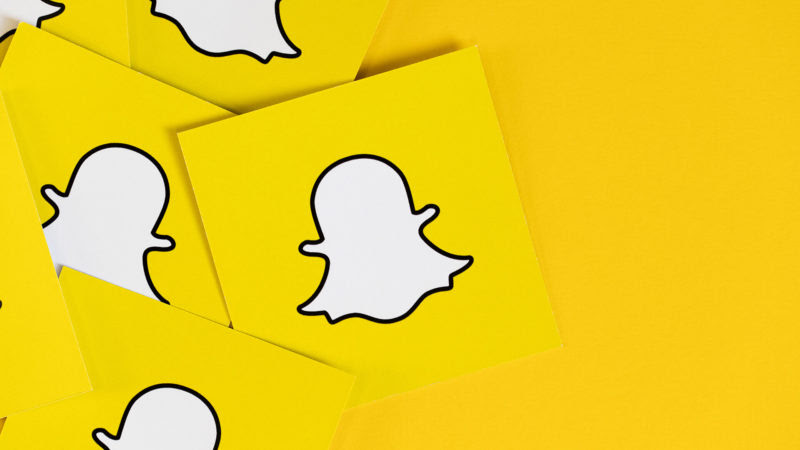 Snapchat is giving advertisers new controls over where exactly their ads appear within the mobile app to avoid experiencing its own version of YouTube’s “adpocalypse.”

Now, brands buying Snapchat’s vertical video Snap Ads through its self-serve ad-buying tool or advertising API can choose to have their ads only run between regular people’s Stories or only within the Stories and Shows produced by Snapchat and media companies working with Snapchat, as Adweek reported today. Additionally, brands can now opt to exclude their ads from appearing adjacent to certain types of content, which can help to maintain contextual relevance and/or to avoid any brand-safety issues.

Previously, advertisers using Snapchat’s self-serve Snap Ad Manager or ad API could not cherry-pick placements for their Snap Ads, which can be slotted between users’ Stories, as well as within Snapchat-curated Our Stories, publisher-produced Publisher Stories and the growing roster of original Shows that Snap has rolled out from companies like NBC and CNN.

Snapchat still advises advertisers to allow their Snap Ads to appear in all of those places and has the “All Snapchat” placement option set as the default in its self-serve tool. But it seems to have recognized that there are valid reasons brands may not want their campaigns to run wild.

Advertising centers around the audience, and thanks to the amount of user data available for digital ad targeting, content has become devalued as an audience proxy. But that context remains crucial has become especially true as the preoccupation with audience targeting has opened up brands to finding their ads appearing next to controversial content, like pro-terrorism videos on Google’s YouTube. Brands like L’Oreal and Nissan didn’t want their ads to be shown before videos of someone preaching in favor of terrorism, but they did want their ads to be shown to the people who happened to be watching that controversial content. To reconcile matters, companies like Google, Facebook, and now Snap have been rolling out more options for advertisers to control not only who should see their ads but where.

Advertisers uncomfortable with their campaigns running across all of Snapchat now have three placement controls.

If advertisers want with their campaigns spanning Snapchat but don’t want them associated with certain kinds of content — either because of brand-safety concerns or contextual relevance — they can pick from up to seven content categories to exclude: news, entertainment, science and technology, beauty and fashion, men’s lifestyle, women’s lifestyle and general lifestyle. 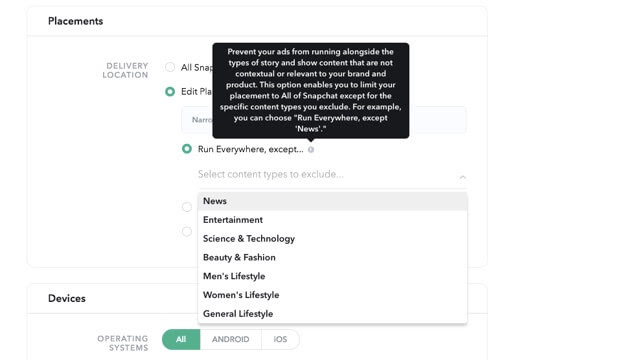 If advertisers want to contain their ads to Snapchat’s most brand-safe environments — Our Stories, Publisher Stories and Shows — they can select that option to only have their ads appear alongside content curated by Snapchat or its media partners. And among those placements, advertisers can specify any of the seven aforementioned content categories to include or exclude. 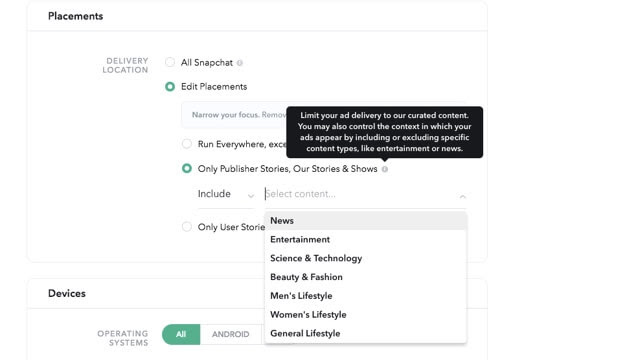 If advertisers only want their ads to appear between users’ Stories — perhaps because it’s likely cheaper or less likely that audiences will associate an ad with the surrounding content — they can limit their campaigns to that placement, though then they cannot choose among the content categories for exclusion or inclusion. 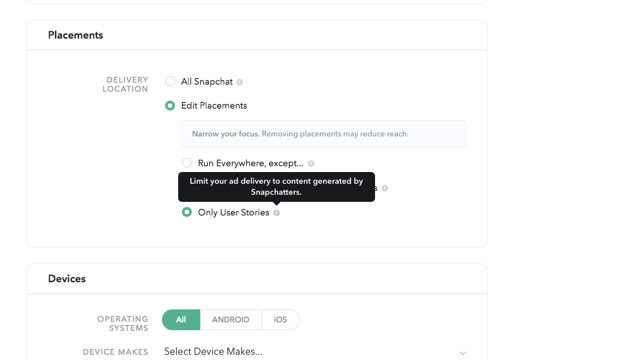