Digital advertising in 2018: 5 trends to watch 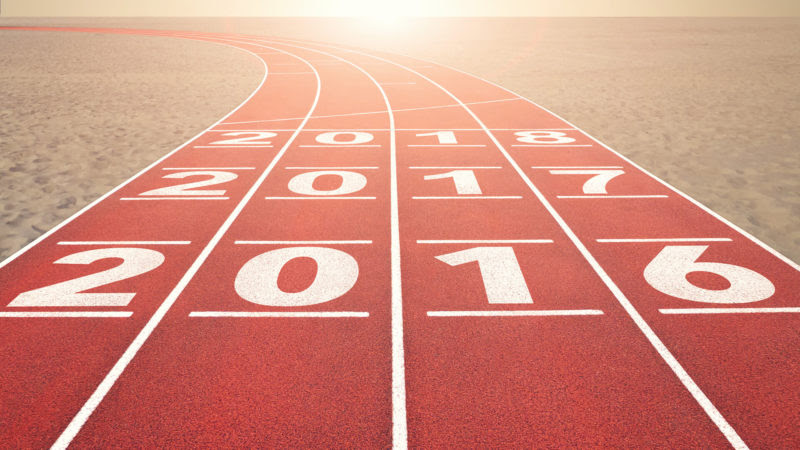 US and EU (de)regulations put marketers on divergent paths

Brands that market online in the US and the EU will have to navigate those markets quite differently in 2018.

In 2017, the US and EU regulatory stances diverged in several significant ways. The stark contrast was summed up succinctly in a tweet from David Lee, who reports on Silicon Valley for the BBC, on the day the FCC voted to end net neutrality.

One other thing to take from today – US internet is increasingly becoming very different from European internet. Privacy, data protection and now net neutrality.

GDPR, which takes effect in May 2018, will have a dramatic effect on how marketers collect and use user data in the EU. In contrast, the US has essentially opened the floodgates on user data (more on that below).

The platforms and ad tech firms, too, are facing two very different environments. The biggest example of this is the record $2.7 billion antitrust fine the European Commission levied against Google for favoring its own Shopping engine to the detriment of competing comparative shopping engines. (Google is appealing the ruling.) It faces two more antitrust charges in the EU. One case is aimed at alleged restrictions in Google’s AdSense for Search contracts with publishers that limit the display of search ads from Google competitors. The other revolves around contract requirements for Android phone makers to pre-install Google Search and Google’s Chrome browser and set Google Search as default search service on their devices.

A retargeting backlash has been a long time coming, but I don’t believe we’ll see a significant change in this area from the marketer’s perspective from Apple’s Intelligent Tracking Prevention alone.

With Apple’s Intelligent Tracking Prevention and GDPR, there have been many doomsday predictions about the viability of retargeting. My prediction is that a retargeting reset won’t actually materialize. Yes, middle-man firms that are reliant on third-party data for audience targeting will struggle, but marketers can easily work around them.

I continued to be surprised this year when talking to (most, not all) marketers about retargeting practices and consideration for users. Very often, concerns about frequency caps and other user experience matters are taken into consideration only inasmuch as those factors impact conversion rates in the short term, despite talk of being customer-friendly. Marketers themselves have complained for years about being poorly or even obnoxiously retargeted, and yet it keeps happening.

However, there are some indicators that my pessimistic take will (hopefully) be proven wrong: The use of AI in predictive advertising platforms may reshape retargeting strategies (though my experience is so far is that if one of these systems “predicts” you’re a prime target, you are inundated with ads), and the adoption of standards set by the Coalition for Better Ads and the IAB’s LEAN Ads may improve retargeting experiences.

Get digital marketing news and tips daily - sign up below!

The duopoly will continue to reign, but 2017’s damage will open doors in 2018

In  2017, Google and Facebook came out looking hubristically ignorant at best, willfully malignant at worst. Facebook fessed up to an appalling number of measurement and reporting errors — nearly a dozen — in 2017 and reluctantly began to come to terms with the fact its platform had been co-opted by disinformation producers. Google faced its own challenges with bad search results and an uproar over allowing ads to appear alongside highly objectionable content on YouTube and profiting from ads on sites peddling misinformation, hate speech and conspiracy theories. Despite the all of this, their domination of the ad industry endured, and I expect that will continue in 2018. However, there are signs the events of 2017 have left cracks in their armor. Marketers will hold these giants more accountable in 2018.

The rise of the ISPs

In 2018, a growing threat to Google, and to a somewhat lesser extent Facebook, will be the ISPs and wireless providers such as AT&T, Charter, Comcast, Sprint, T-Mobile and Verizon. Verizon, with its ownership of Oath (the combination of AOL’s ad tech and content properties and Yahoo’s remnants), is probably best positioned to take advantage of the new anti-regulatory climate. Net neutrality was an obvious gift late this year. But the gifts started coming this past spring. In March, the Senate voted to reverse FCC privacy rules that would have limited ISP’s ability to sell user data without consent — for ad targeting and other purposes. FCC Chairman (and former Verizon lawyer) Ajit Pai argued consumers would be confused if ISPs were held to different privacy standard than companies like Google and Facebook.

The breadth of data ISPs have on users through their internet and mobile behaviors is wide. It includes geolocation data, browsing data, listening and watching data, app usage data and other non-personally identifiable information (PII) that can be used to inform highly detailed user profiles. It’s a marketer’s dream playground, a privacy-minded consumer’s nightmare.

All this user data makes the ad world go round, and advertising will get increasingly personalized in 2018 as a result. We’ve been on this trajectory for several years, but the use of audience data is now pervasive in all modes of digital advertising from search to addressable TV. First-party data ownership is the new crown jewel — and key to why the ISPs pose such a threat to Google and Facebook.

Ad tech’s own response to being shut out by the walled gardens, in part, is to create its own identity consortium. The Advertising ID Consortium is a group of nearly 20 ad tech firms — DSPs and SSPs — that lets brands target audiences using their email lists. The emails get matched to what the group calls the Open Ad ID. Publishers are pursuing similar models to pool their data resources to provide targeted advertising opportunities at greater scale than they can on their own.

In tandem with ad personalization, new interactive ad formats will aim to break through the noise and increase user engagement.