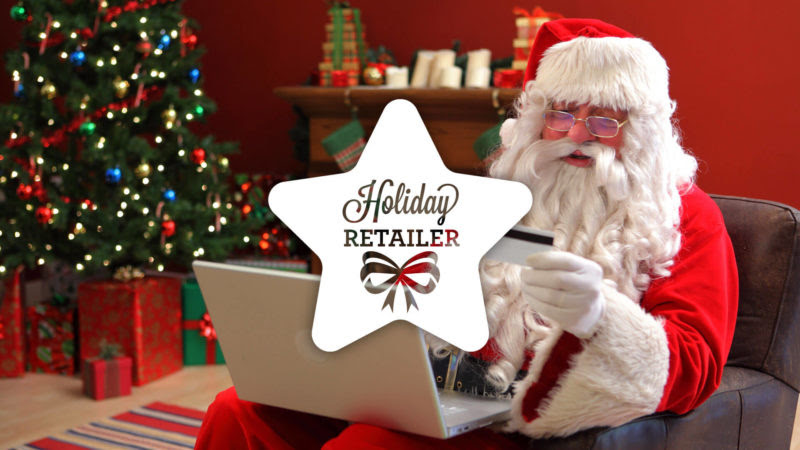 The 2017 holiday season was another record-breaker in online sales.

Adobe reported $108.2 billion in online sales generated between November and December of last year, an increase of 14.7 percent year over year. Adobe’s final numbers were nearly a billion dollars more than what the company had predicted back in November, when it forecast online holiday sales would reach $107.4 billion.

Adobe’s online sales results are more than $30 billion less than the holiday online “and other non-store” sales of $138.4 billion that the National Retail Federation (NRF) reported, The NRF numbers represent an increase of 11.5 percent year over year.

Why the gap? While Adobe’s numbers are based on 80 percent of online transactions for the largest 100 online US retailers, NRF’s Craig Shearman, vice president for government affairs public relations, says his organization uses official government data from the Census Bureau.

“Census only reports online sales as such on a quarterly basis. On a monthly basis they report non-store sales,” says Shearman, “The bulk of non-store sales are online sales. The rest are channels such as mail-order catalogs, telephone sales, kiosks at the mall and vending machines.”

The NRF’s final sales numbers also came ahead of its earlier projection of $137.7 — by nearly $700 million.

NRF president and CEO Matthew Shay says that 2017’s booming holiday e-commerce results prove retail is the most nimble industry in the economy.

“Retail today doesn’t look like retail 10 years ago, and it certainly won’t look the same in another 10 years,” says Shay, noting how the retail industry continues to transform and reinvent itself to meet consumer demands.

In addition to overall growth, NetElixir reports mobile visits jumped across most retail categories, with apparel seeing the largest growth at 32 percent.

“All other categories saw single-digit increases for mobile visits, indicating that shoppers were using mobile devices more for browsing and product research this holiday season than before,” says NetElixir.

Adobe’s digital insights managing analyst, Siddharth Kukami, says consumers spent more time and money on their mobile device this holiday season than ever before. According to Adobe’s findings, mobile accounted for 33.1 percent of the total $108.2 billion generated, bringing in $35.9 billion.

Adobe says organic and paid search brought in the most revenue during the 2017 holiday season, with search driving 44.8 percent of all online holiday visits — paid search at 23.5 percent and organic at 21.3 percent.

NetElixir says search marketers saw a 19.4 percent increase in average order values (AOV) during the 2017 holiday season, with conversions up 15.6 percent and impressions up 12.8 percent. The average cost per click also increased by 14.2 percent.

Udayan Bose, NetElixir’s CEO, says retailers should be paying special attention to the nearly 20 percent increase in AOVs it tracked.

“This dramatic increase implies that consumers are growing more comfortable making expensive purchases online,” says Bose, “The overall positive trend of other search marketing metrics indicate[s] that digital marketing is growing in effectiveness, leading consumers to the brands and products they are interested to purchase.”

On mobile phones, small retailers’ AOVs were still less than large retailers’, but the margin was narrower at $149 versus $75.

Adobe found small retailers had the advantage when it came to converting online holiday visits to purchases, outperforming large retailers across the board on desktops, tablets and mobile phones.

Amazon says it experienced its biggest holiday season in 2017, with more than a billion items ordered from small businesses around the world. The e-commerce giant also reported a nearly 70 percent increase in the number of global shoppers using the Amazon app this holiday season.

Cassar says aggressive promotions and advertising initiatives from brick-and-mortar stores like Target, Walmart and other Amazon competitors helped these retailers take back market share during the holiday season.

You can register for the webinar at Holiday Retail Search Strategies 2017: What worked, what didn’t.